Taiwan’s most well known distillery, Kavalan, back in 2018 unveiled a new entry level whisky known as Distillery Select that it targeted primarily for cocktail making. The whisky went on be well received, winning two gold medals at the 2019 and 2020 San Francisco World Spirits Competition. Kavalan is now back with a follow up offering, part of what it is calling the new Distillery Select Series.

The new Kavalan Distillery Select Series, according to those behind it, has been designed as an entry level series that will “satisfy both whisky beginners and connoisseurs.” Said to offer “a superior art of blending,” bottlings are “aged in quality refill casks to showcase Taiwan’s subtropical climate” and look to be non-age statement in nature. 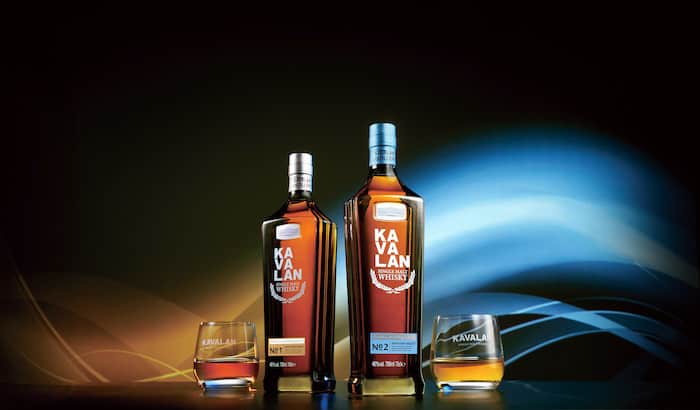 “In this range,” said Kavalan CEO YT Lee in a prepared statement, “drinkers will get all the benefit of our team’s fine craftsmanship at a surprising price point. We are doing things a little differently. We’re pursuing the flavour profile first, rather than a particular cask.

“For our first whisky, we emphasize tropical fruits and for the second whisky, floral and herbal notes. Each whisky in this range showcases different facets of Kavalan’s distinct character. Every expression delivers high quality at a friendly price.”

Very limited official tasting notes for No. 2 suggest it is “deeply aromatic with an irresistible floral and herbal complexity, blending woody and spicy notes in rich layers.” Both expressions come in a Taipei 101-shaped bottle, being modeled after “Taiwan’s architectural pride, Taipei 101 and one of the world’s tallest skyscrapers.”