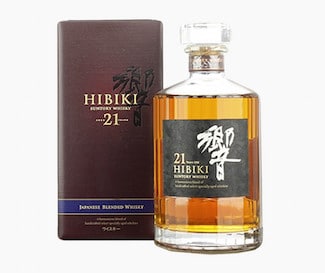 Some Suntory whisky like this will soon be floating in space.

Japanese whisky, already having reached new heights in popularity among reviewers and collectors, is set to soar even literally higher, courtesy of a planned trip to the International Space Station. Suntory said it plans to send a selection of its bottlings, among other alcoholic beverages, into orbit above the Earth as part of an experiment.

Suntory officials said samples of its whiskies, which are aged 10, 18 and 21 years, will be shot into space in mid-August to be kept at the International Space Station’s Japanese Experiment Module. While there during an up to two year period, the effects of zero gravity on aging will be studied.

“Our company has hypothesized that the formation of high-dimensional molecular structure consisting of water, ethanol, and other ingredients in alcoholic beverages contributes to the development of mellowness,” said a Suntory spokesperson in a statement. “We have been conducting collaborative researches on this topic with research groups of Professor Shigenao Maruyama of the Institute of Fluid Science, Tohoku University and Professor Mitsuhiro Shibayama of the Institute for Solid State Physics, the University of Tokyo, the Japan Synchrotron Radiation Research Institute and Suntory Foundation for Life Sciences.”

These samples, once returned to Earth, will be assessed by a team of Suntory blenders to evaluate how flavors might have changed. The previously mentioned researchers will look at them as well for scientific analysis purposes.

“The results of these collaborative researches have suggested the probability that mellowness develops by promoted formation of the high-dimensional molecular structure in the alcoholic beverage in environments where liquid convection is suppressed,” added the Suntory representative. “On the basis of these results, the space experiments will be conducted to verify the effect of the convection-free state created by a microgravity environment to the mellowing of alcoholic beverage.”

A slightly more detailed breakdown of what will happened to the Suntory whisky is outlined below. It should be noted as well this isn’t the first whisky to go into space. Ardbeg and a distillery out of Connecticut, for example, have also attempted high altitude whisky placements.