The new expression is the first of the so-called Founder’s Collection series, which, according to those behind it, “[showcases] the exceptional quality of South Africa’s sun-kissed grain whisky.” Essentially, it’s the distillery’s standard release, aged an extra 10 years in American oak. 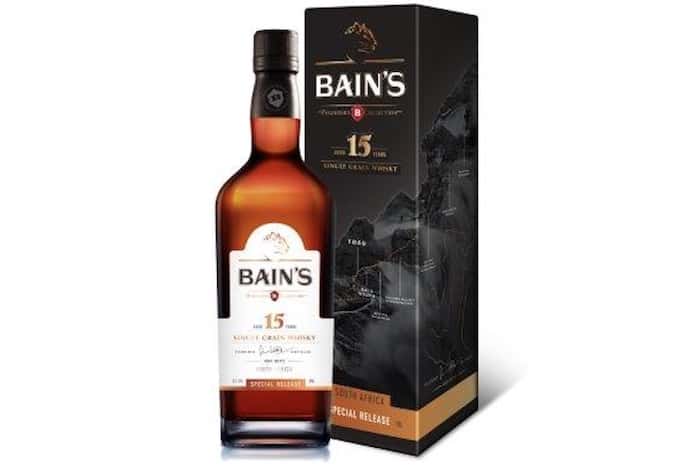 “It took me 10 years to perfect Bain’s Cape Mountain Whisky and it was during this time that I realised that it has the potential to age much further than originally anticipated due to the flavour profile being upfront and complex,” said distiller Andy Watts in a prepared statement. “I re-vatted the Bain’s into 3rd and 4th fill American Oak and for 10 years regularly tasted the whisky to track its progress. At 15 years, the whisky was at its most optimum. Bottled at a strength of 52.5% Alcohol by Volume, the whisky’s complexity and flavour driven profile shines through.”

The whisky is “double-matured,” meaning it spent its first three years in used bourbon casks, and was then re-vatted into fresh ex-bourbon casks “for double the extraction of flavour.”

The distillery’s official tasting notes are as follows:

“Dark amber in colour, soft floral notes intertwining with spice, tropical fruits, banana and teak aromas open-up on the nose. Sweet butterscotch, raisins and banana loaf flavours coats the mouth with a complex, smooth and delicately lingering taste. The finish is warm and spicy with an incredibly smooth and silky mouthfeel.”

Bain’s Cape Mountain Whisky was awarded World’s Best Grain Whiskey at the 2013 and 2018 World Whiskies Awards. The name Bain refers to Andrew Geddes Bain, the South African geologist and engineer for whom Bainskloof Pass—a mountain pass whose route begins near the distillery—is named.

This expression, a 3,600 bottle run, is only available at the Cape Town and OR Tambo international airports in South Africa, or at the distillery in Wellington, when visiting as part of a pre-booked tasting and tour. It retails for at least R950, or about $70 USD.

41
Shares
2.1k
Views
Share on FacebookShare on TwitterGet Our Newsletter
Get The Macallan® Rare Cask at ReserveBar. Shop now!