Rare Japanese Whisky Sold At Auction For Over $435,000

The high end world of rare whiskies selling at auction for top dollar seems to be continuing unabated, at least for the time being, in this time of a global pandemic. One of the most recent examples in this regard was last month’s Sotheby’s Finest & Rarest Wines and Spirits in London, which saw a number of whiskies price high, the most notable of which was a bottle of Karuizawa 52 Year Old Japanese whisky.

The bottle of ‘Karuizawa 52 Year Old Zodiac Rat Cask #5627 1960,’ according to the auction house, sold for £363,000 / $435,273 to an Asian private collector. Far exceeding its pre-sale estimate of £160,000-220,000, this particular Japanese whisky set a new auction record for its category. It is noted as being “the oldest Karuizawa to have been released, this iconic bottle is one of only 41 that were produced, each uniquely identified by an individual netsuke carved from the oak cask head of cask #5627.”

Other notable sales from this auction include 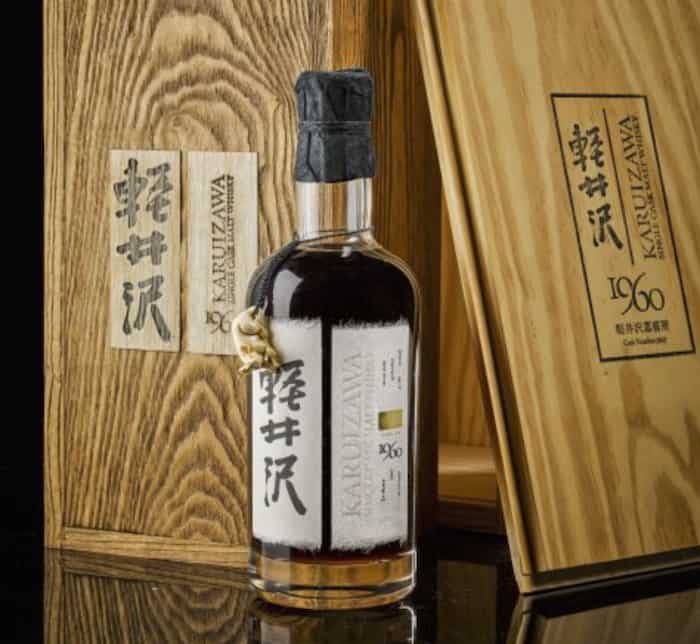 “Against a backdrop of extraordinary circumstance,” said Jamie Ritchie, Worldwide Head of Sotheby’s Wine, in a prepared statement, “the persistence and commitment of collectors came through in yesterday’s sales, where a bottle of Japanese whisky became the most valuable ever sold, accompanied by strong prices for Scotch whisky, led by the Macallan in Lalique Decanters.”