A new whisky that has emerged from Central Europe carries with it quite a bit of history, at least according to those who’ve brought a single cask release of it to American shores. The Hammerhead 28 Year Old is an interesting bottling to behold it looks like, if for nothing but its backstory alone.

Hammerhead 28 Year Old, according to those behind it, was first distilled well over 20 years ago in the old Prádlo distillery in what was then the communist nation of Czechoslovakia. This whisky making facility apparently had first opened back in 1928, being the only distillery in the entire nation at the time. Though vodka was the drink of choice during the Cold War throughout the Soviet Union and its satellite nations, some clamored for whisky and pushed to have this distillery do their whisky work. 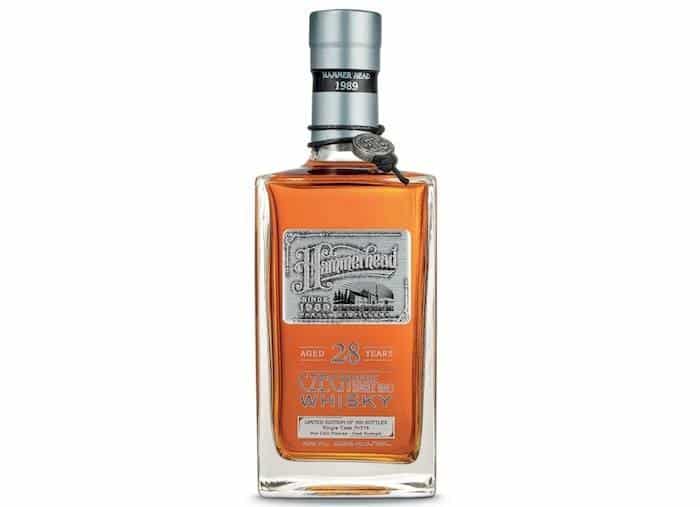 After the Berlin Wall came down in late 1989, the whisky is said to have been largely forgotten and just continued to age in barrel at the Czech distillery. It is reported that after an associated brewery was acquired by new management in 2010, the whisky was learned about and later brought to market in small amounts at a time under the Hammerhead brand.

As for this specific release, what you have is a 28 year old whisky from a single cask made of virgin Czech oak that’s been bottled at a 51.2% cask strength. It was distilled from Czech barley that had been smoked with Scottish peat in a very low amount. There’s no caramel color added to the bottling.

Should you choose to seek out the Hammerhead 28 Year Old, cask 376, note there are only 300 bottles of it being released domestically. It looks to be pricing for at least $350 for a 750 ml bottle.