Welsh whisky-makers Penderyn Distillery recently announced a limited-edition release of Penderyn Legend, born from a partnership with Women Who Whiskey to commemorate the organization’s 10th anniversary.

The new U.S. release comes via importer ImpEx Beverages and is made to celebrate the Women Who Whiskey movement’s decade-long commitment to an inclusive whisk(e)y industry.

The Penderyn Legend wWw 10th Anniversary Edition was forged by an all-female distilling and blending team, which sets Penderyn apart from other distilleries, and under the tutelage of Dr. Jim Swan is said to help make the expressions they offer unique. 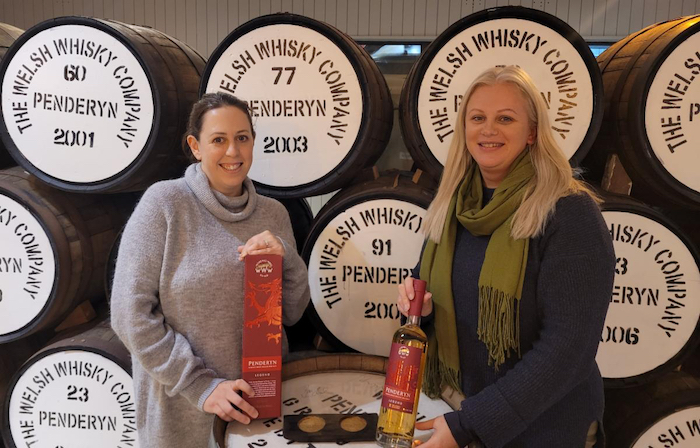 This special release of 3,000 bottles is matured in reserved ex-bourbon casks made from American oak before receiving further maturation in oak barriques that previously held Madeira wine. The result is described as a sophisticated single malt with a soft golden hue.

Penderyn is an independent distillery located in the foothills of the Brecon Beacons National Park in Wales. Penderyn is said to have helped revive the country’s whisky industry after more than a 100-year absence.

And for more than a decade, wWw has offered members the opportunity to learn about spirits and cocktail culture through a worldwide network of like-minded people and world-class events.

The special bottling of Penderyn Legend wWw 10th Anniversary Edition is accompanied by tasting events in which the women involved in the production process share their craft and unique insight into the Welsh whisky industry.

Both for amateurs and connoisseurs, Women Who Whiskey (wWw) is a global women’s networking and educational organization, dedicated to creating a space where members can cultivate their passions for community and whisk(e)y.