In the world of regional single malt whiskies, offerings from the great nation of India have, for the most part, been a mystery to many American drinkers. About the only brand that’s had any high degree of exposure here thus far is Amrut. That looks to be changing however, as a competitor of theirs, Paul John Indian Single Malt Whisky, is beginning to debut some of its bottlings. 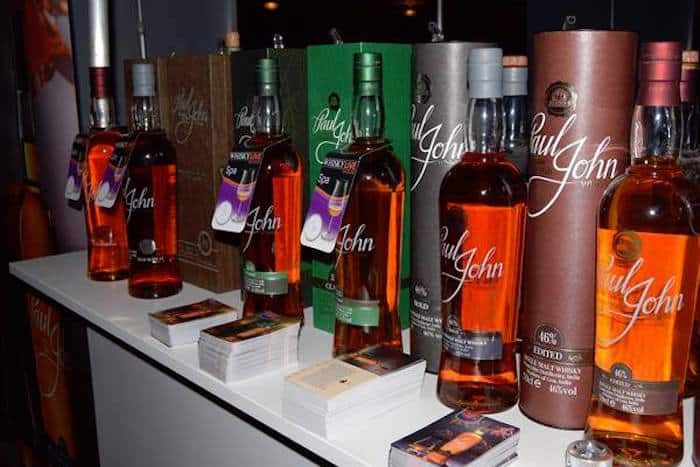 Paul John whiskies are being imported to the U.S. by Domaine Select Wine & Spirits. According to those behind them, these spirits are:

distilled by the warm and tropical beaches of Goa, Paul John Indian Single Malt Whisky is a premium spirit crafted from six-row barley grains that grow at the foothills of the Himalayas. Harvested in the summer, the mature six-row barley is responsible for the distinct smokiness and flavor of Paul John Whisky.

In Goa’s tropical and humid climate, whisky matures faster than it does in Europe or the United States. Paul John Whiskies are aged for a minimum of five years and due to the accelerated maturation, whisky that has been matured in India for five years is comparable to Scotch that has been aged for over 10 years. The warm weather in Goa also increases the Angel’s Share, or annual evaporation rate, to 8%.

Plans call for five Paul John expressions to be sold here, including Brilliance ($60), Edited ($65), Bold ($75), Select Cask Classic ($95) and Select Cask Peated ($100). Official tasting notes for a couple of these are at the end of this story.

“We are excited to introduce a range of Paul John Whiskies in the United States,” said John Distilleries Ltd. chairman Paul P. John in a statement. “Goa is a sensual delight of both sea and spice and the people here are welcoming and lively. They slow down and appreciate beauty, exactly the way a fine single malt should be experienced.”

Paul John Brilliance has a distinctive nose as the Demerara sugars give off a whiff of sweet fragrances, with a hint of cinnamon, dash of honey and faint spices. The palate evokes a honey-like smoothness offset by the crunchy-bar-like crispness with a tinge of cocoa. The finish is smooth and beautifully relaxed finish, with a hint of mild spices and deep intense vanilla.

Paul John Edited includes a perfect balance of peat from Aberdeen and Islay that lend to the deliciously smooth and smoky flavors. The distinctive nose carries notes honey and cocoa laced with a hint of smokiness and espresso. A deeper whiff reveals fruity fragrances. The palate evokes grassy flavors of barley at first, but gentle notes of peat, mint and mocha arrive shortly thereafter. The finish is long and drawn out. You can sense a hint of spice and chocolate mint as it ends on a mild peat note.