Paul John Indian Single Malt Whisky, made at the John Distilleries in Goa, India, is starting to hit American shelves once again with its Paul John Christmas Edition 2021.

The fourth debut in the annual series of Christmas editions, this peated malt debuted last month in the United States at a suggested retail pricing of $84.99 for a750ml bottle, clocking in at 92 proof.

Paul John Single Malts are created from six-row barley harvested from across the lands of India’s Rajasthan to the foothills of the Himalayas and distilled in specially-designed copper pot stills with longer necks, which distillers find results in fruitier spirits. 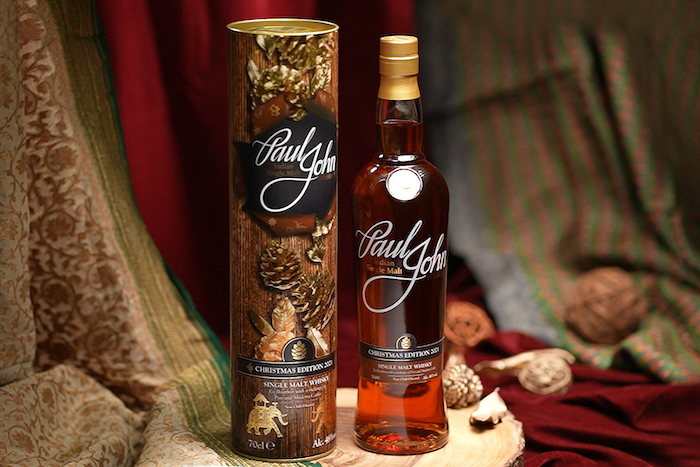 To create Paul John Christmas Edition 2021, the liquid is then matured in ex-bourbon barrels and a mélange of port and madeira casks in coastal Goa, where the tropical climate helps the whiskies mature faster with an angel’s share of eight percent.

“The blend of whiskies from ex-bourbon, port and madeira casks have given the Paul John Christmas Edition 2021 a rare depth of character and a rich vibrancy that I believe is the best representation of the holidays,” said Michael D’Souza, master distiller & blender for Paul John Indian Whisky, in a prepared statement.

The distiller’s official tasting notes show this exotic expression features a nose of caramel, orange marmalade, a touch of coconut and sweet berries with a contrast of dry raisins. The palate is creamy, with butterscotch and spice balanced on light peat and barley. The finish of spice, smoke and cocoa is long and satisfying, capturing the essence of the holiday season.