Amrut Distilleries recently launched an umbrella brand, The Single Malts of India, to showcase the hidden gem malts of India.

The first phase of the release, called Neidhal, will be a limited release of 12,000 bottles around the world, with 1,200 bottles being allocated for India.

According to the brand, ancient Tamil texts dating back to the Sangam period of 300 B.C.  classify earth into five regions called Tinais. These regions are associated with their own literary style, grammar, mood and more. Under this classification, “Neidhal” is comprised of all Oceans and neighboring regions. or in short Coastal Plains and the way of living one associates with them. 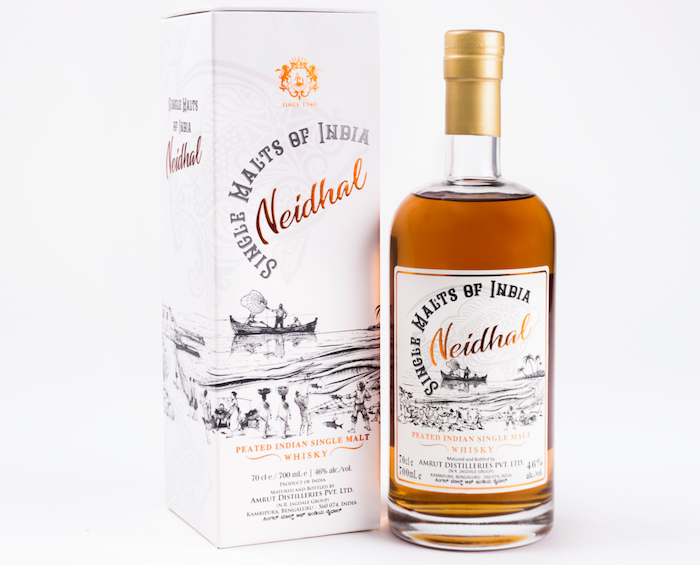 Neidhal is thus described as a single malt eponymously sourced from a Neidhal or coastal region and is said to exhibit traits that uniquely spring from the locale – official tasting notes make mention of tropical fruits, vanilla punctuated by soft phenols and above all sea salt on the nose. On the palate, it is fruit cocktail and mesmerising phenols with a touch of iodine. The middle ground is an essay in chewability and a finish that is phenolic with a touch of sweet vanilla.

“What we have done this time, is dug deep and discovered an uncut gem,” said Ashok Chokalingam, Head Distiller – Amrut Distilleries, in a prepared statement.  “We have then procured the gem, carried it to Amrut, caressed it with our touch and polished it with our expertise. What you discover bottled, is truly an amazing whisky showcasing it’s real potential. Watch out, we as an organisation are now sailing into unchartered waters of independent bottling.”