The Kavalan whisky brand in Taiwan has amongst its various bottlings the the iconic Kavalan Solist Vinho Barrique which, five years ago, claimed the World Whiskies Award’s “World’s Best Single Malt.” It is also the first whisky from here to undergo the Shave, Toast, Rechar (STR) barrel technique. Now a new expression is in the works that will take advantage of this styling as well.

The as yet unnamed whisky, according to the distillery, has been aged in specially crafted STR casks. Produced from a peated barley base (a first for Kavalan), the STR process it will be going through was developed by the late Dr Jim Swan and the brand in Taiwan in 2006. It is said that “in their search for extraordinary flavour, they developed an exacting recipe for toasting and recharring wine barrels to remove the acidity associated with wine cask maturation and to enhance the depth of flavour possible in Taiwan’s subtropical climate.” 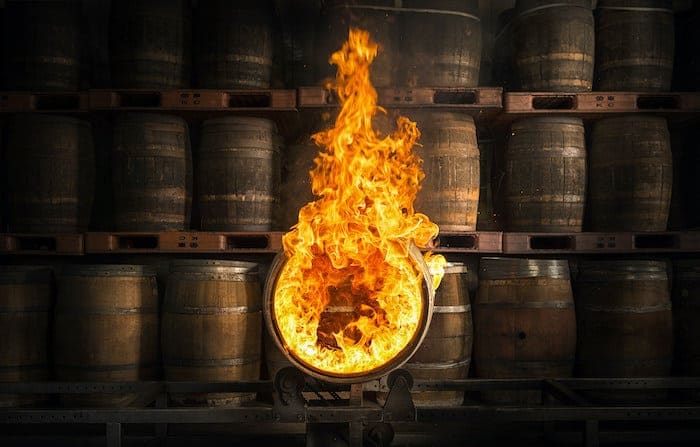 Can there be another STR whisky as iconic as the Vinho Barrique? (image via Kavalan)

Breaking this down a little more, based upon information from Kavalan, “first gentle shaving of the casks removes any undesirable wine flavours and acid compounds. Then, toasting releases organic compounds from the wood, bringing out all its fruity vanilla notes. Finally, recharring with an intense fire enables the eventual release of pleasant flavours such as rich caramel and chocolate overlaid on a delicate background of complex fruitiness.”

“I’ve been asked many times since the WWA win when we would release another Made-in-Taiwan STR whisky,” said Kavalan CEO Mr Lee in a prepared statement. “Now after years of experimenting, we sincerely hope the second STR whisky will pass on the excellent performance of Vinho, becoming the spotlight for whisky fans around the world.”

As it stands right now plans call for this second STR whisky to be launched in October in Taiwan as part of an exclusive 4-bottle set for Christmas.

22
Shares
1.1k
Views
Share on FacebookShare on TwitterGet Our Newsletter
Get The Glenlivet 18 Year Old at ReserveBar. Shop now!