Whiskey is an increasingly global industry, and as distillers in more countries start producing their own versions, local conditions often put a distinctive stamp on the grain-based spirit. What’s especially interesting, though, is when techniques for producing traditional, regionally distinct spirits or wines get applied to whiskey distillation.

We wrote up one example of that back in March of last year, when we visited Vinn Distillery in Portland, Oregon, where a Vietnamese-American family is making whiskey using techniques traditionally used to produce baijiu. Now there’s a small distillery in Georgia—not the US state, but the former Soviet republic—making whiskey in a traditional earthenware vessel called a kvevri (also known as qvevri), which has been used for fermenting and storing wine for thousands of years. 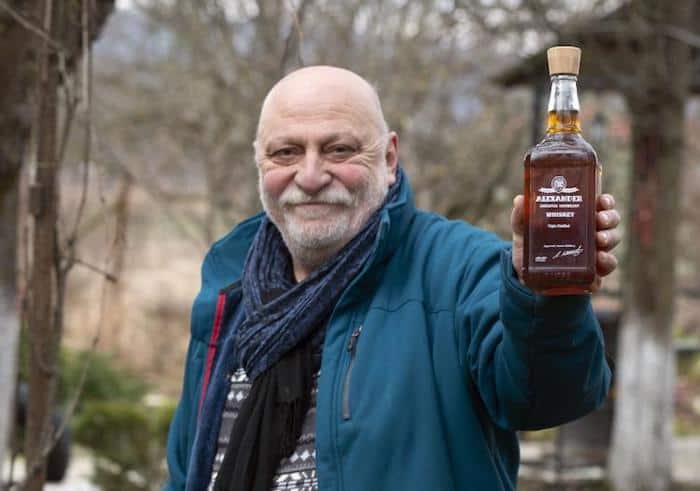 Aleksander Distillery is a family-owned distillery in the village of Alekseevka. According to an article from European Union External Action (the distillery gets some rural development funding from the EU), owner Aleksander Kvernadze is a patent lawyer who decided to move back to his village from the capital in Tblisi in order to renovate a house and start a small farm. He also started making wine as a hobby, something that eventually turned into a business.

As an offshoot of his wine business, Kvernadze was also distilling chacha, a traditional Georgian brandy made from grape pomace, the skins and pulp left over from winemaking. He wasn’t happy, though, with the copper pot stills available to him, so he came up with a method for distilling in a kvevri. 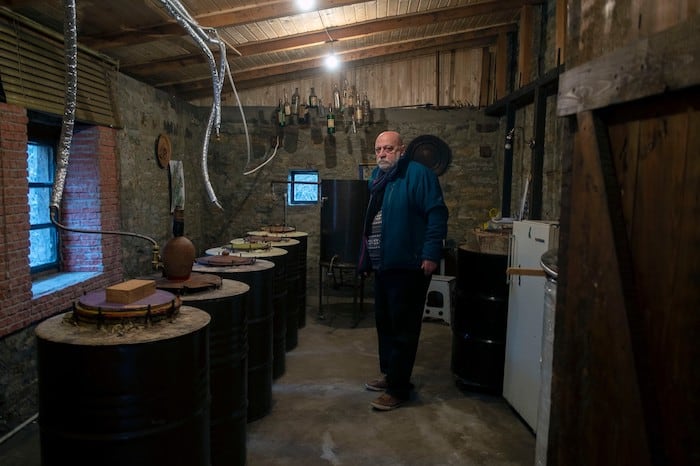 It’s not immediately clear exactly how this method works (unsurprisingly, Kvernadze, the patent lawyer, has a patent on it) – he talks publicly only a bit about how “the clay from which qvevri are made purifies alcohol in ways other technologies do not” – but distilling in clay vessels isn’t unheard of; mezcal is one example of a spirit that can be made in earthenware stills. In any case, Aleksander is very likely the only distiller at this time in the world making whiskey in these specific vessels.

“I think the forms of qvevri is also very important. The distilled product turned out absolutely free of raw brandy oils and the taste is wonderful,” said Kvernadze in an interview with an EU press team. There’s a lengthy video you can watch more on him below as well.

As for his operations at this time the distillery is still tiny, producing just 100-200 bottles per year, but Kvernadze is working to expand production with help from the EU grant. For now, the whiskey is only available in Georgia—where Kvernadze and his wife also operate a boutique hotel—but he hopes to eventually expand into European and US markets.