Rare Cask Brokenwood Graveyard Shiraz (51% ABV) is the third single malt whisky in the distillery’s Rare Cask series and has been finished in a cask that once held Brokenwood’s 2018 Graveyard Vineyard Shiraz, named both “Shiraz of the Year” and “Wine of the Year” by the 2021 James Halliday Companion. 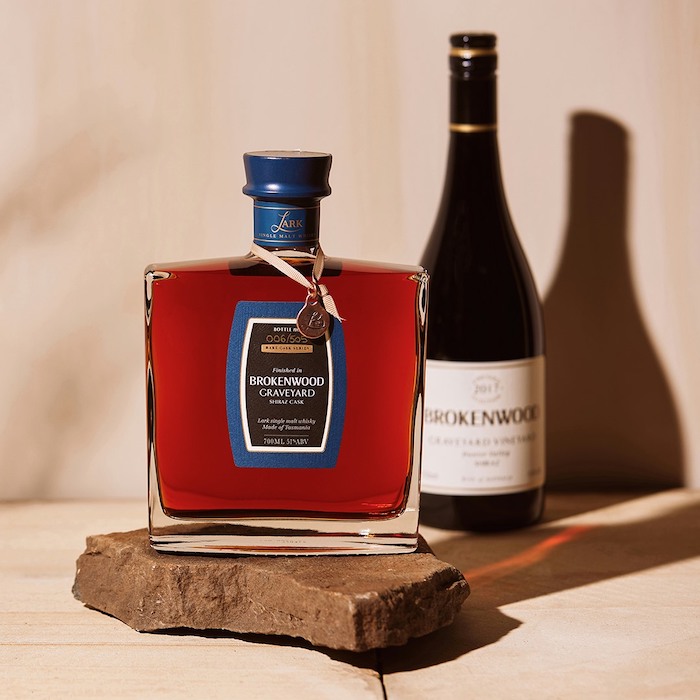 “Our customers are loving how flavourful red wine casks can be, partially an expressive Shiraz such as Brokenwood’s, Lark Head Distiller Chris Thomson said in a prepared statement. “There’s great drinking to be had here with the whisky offering richness, boldness and a hint of tannin leaving behind exciting notes of the Shiraz’s past lives. The notes of red spice and bramble really let those beautiful Hunter Shiraz notes shine through.”

Each bottling comes complete with a part of Lark’s history – a copper medallion included handcrafted from a decommissioned Lark copper pot still. A complimentary 100ml bottle is included with each purchase, as well.

With only 505 bottles available, Rare Cask Brokenwood Graveyard Shiraz is available for a limited time only, exclusively from Lark for a retail price of $1,200 AUD (around $900 USD) per 700mL bottle. You’ll find official tasting notes below.