The Lakes Distillery, located in England, recently unveiled the fourth release in The Whiskymaker’s Edition series, Bal Masque. The expression is described as complex and aromatic, being first matured in French oak casks.

The Lakes Distillery’s whiskymaker, Dhavall Gandhi, used the concept of “masquerade” to influence the Bal Masque edition. The distillery partnered with Max Löffler, a German illustrator, to create the label for the bottle, which depicts a masked ball scene. 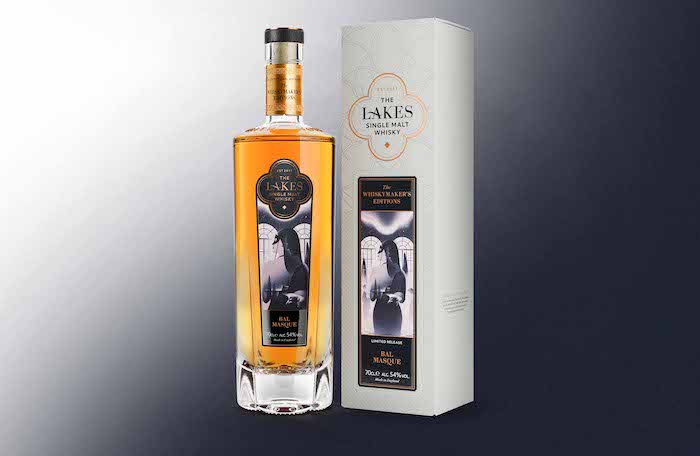 The Whiskymaker’s Editions – Bal Masque (image via The Lakes Distillery)

The Lakes approaches whisky making with what is says is artistic flair. Paul Currie established the English distillery in the Lake District in an old, broken-down dairy farm located five miles north of Keswick and not far from a water supply.

The building is 160 years old and stood empty for more than 20 years. They worked to renovate the building and replace decaying materials with new ones sourced within the Lake District National Park.

The distillery now employs 70 local people, and has opened up new career possibilities like distiller, chef, warehouseman for workers in the area.

The distillery also prides itself on environmental sustainability. It is powered by organic fuels and removed single use plastic from its production process. They said they reduced emissions by using local suppliers and creating sustainable packaging.

The expression is non-chill filtered and bottled at the natural color at 54% alcohol by volume. The Whiskymaker’s Editions Bal Masque is available throughout the UK at a recommended retail price of £70.