IWAI 45 (45% ABV) is a bourbon-style Japanese whisky inspired by America’s great whiskies. Named after Kiichiro Iwai, said to be the silent pioneer of the Japanese whisky world, and priced around $35, it is noted as “providing a sharp and bolder backbone that shines in cocktails with a stiffer Japanese spirit base.” It joins other whiskies under this label such as the flagship blue label IWAI, mostly corn followed by malt and a hint of rye aged in ex-Bourbon barrels, and IWAI Tradition, a blending of sherry, bourbon, and wine casks with a dash of peat. 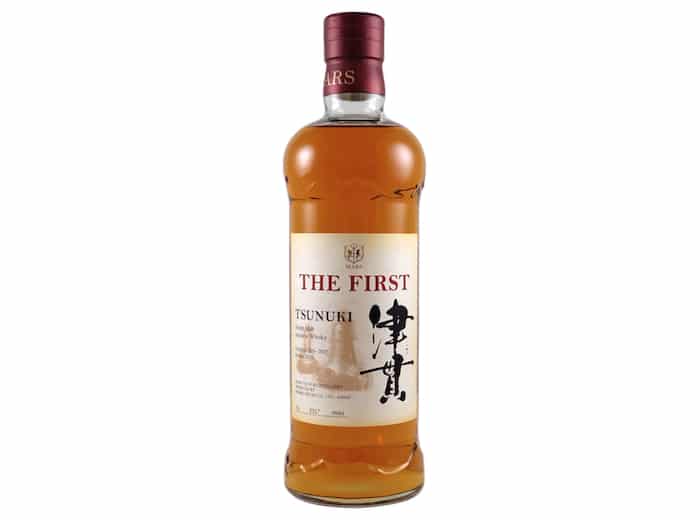 Komagatake 2020 (50% ABV) is the distillery’s annual release, celebrating the opening of the reconstructed distilling site at Mars Shinshu distillery. Priced at $169, this whisky is a single malt aged over three years in sherry casks and American White Oak make barrels. Official flavor notes make mention of aromas of prune, honey and vanilla, a taste of sweet orange and cocoa powder can be found, along with a gentle and sweet finish.

Tsunuki the First (59% ABV) is a first release single malt from the Mars’ southern distillery. Priced at around $220, Tsuniki the First is aged for over three years in bourbon barrels and sherry casks. Official tasting notes indicate that, with aromas of citrus fruits, vanilla and fresh bread, this drink holds a taste of sweet fruits, grassy notes and gentle spices, along with a finish of soft sweetness and cracked black pepper.

“It is very exciting to see the evolution of Mars as a producer, coming into this new decade,” co-founder of importer High Road Spirits Kris Elliott said in a prepared statement. “With IWAI 45, we have an innovative take on an American classic. Komagatake 2020 is one step closer to Mars having a house single malt, and for Tsunuki the First, we see a return to the origins of Mars’ whisky-making which began in 1949.”

The Mars Distillery, for those unfamiliar with it, came about when the “Hombo family began producing shochu in 1909 and has since expanded their portfolio to include sake, neutral spirits, mirin, umeshu, and their most popular, whisky. They obtained their whisky license in 1949 with the help of their advisor, Kiichiro Iwai, and now operate out of two distilleries: Shinshu, the main distillery, tucked away at 2,625 feet in the Nagano Alps and Japan’s highest whiskey distillery; and Tsunuki, based in Kagoshima on Kyushu island, located near the southwest tip of Japan.

“Future whiskies will be produced at the Yakushima aging site, a Natural Heritage Site and subtropical jungle filled with Japanese cedar forests.”