The world of Japanese whisky likely remains a mystery to many American whiskey drinkers, despite the fact one such bottling last year knocked Scotch off the top of the heap for one of the most coveted of all whisky awards. It is thus important to have relatively entry level expressions that are at least moderately priced so the curious can afford to try them, such as the recently debuted Hibiki Japanese Harmony blended whisky.

The Hibiki Japanese Harmony release comes from Suntory, which is part of the greater family of a spirits giant which also owns the likes of Jim Beam. This particular whisky, as a blend, is said to incorporate ten malt and grain whiskies, aged in five types of casks, from the three Suntory distilleries, which include Yamazaki, Hakushu and Chita. Furthermore, more specific to this mix, one finds

This whisky, “inspired by the riches and subtleties of the 24 Japanese seasons,” according to Suntory, is bottled at 43% ABV. It is globally pricing at around $85 USD, but I’ve been seeing it online through some American retailers already for an average of $70 USD at this point. Official tasting notes for it from those behind it are below. 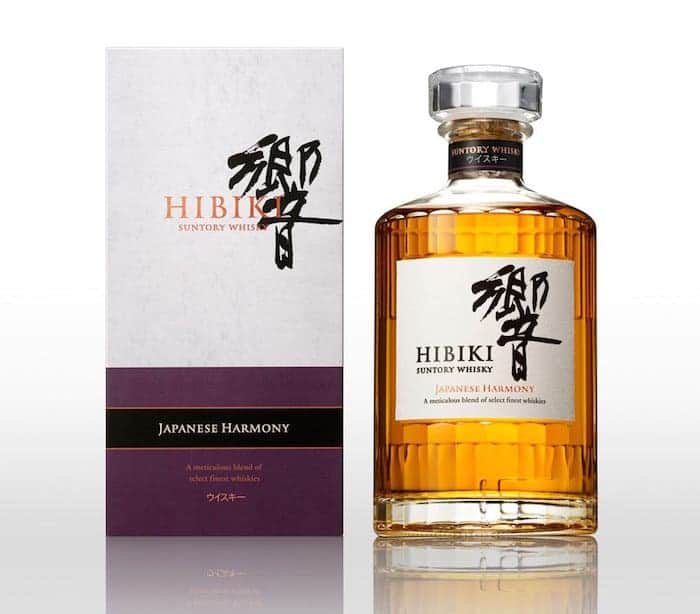 “In philosophy and making, Hibiki Japanese Harmony is the new dawn of Hibiki, optimizing the same key malt and grain whiskies from the original Hibiki blend,” said Shinji Fukuyo, chief blender at Suntory, in a statement. “I envisioned a luminous harmony of flavours and aromas. A pure and simultaneously complex harmony that was at the core of every Hibiki blend.”