For the first time ever, whisky from South Korea will be imported to the U.S.

Golden Blue, a Busan-based company founded in 2009, has started to ship over bottles of their Golden Blue Sappirus, a 36.5% ABV blend made from imported Scotch whiskeys, to retailers in California and Nevada, two states with large Korean-American populations. Sales will begin in February before distribution of the whisky will expand out to eight states, including Oregon, Texas, and New Mexico. 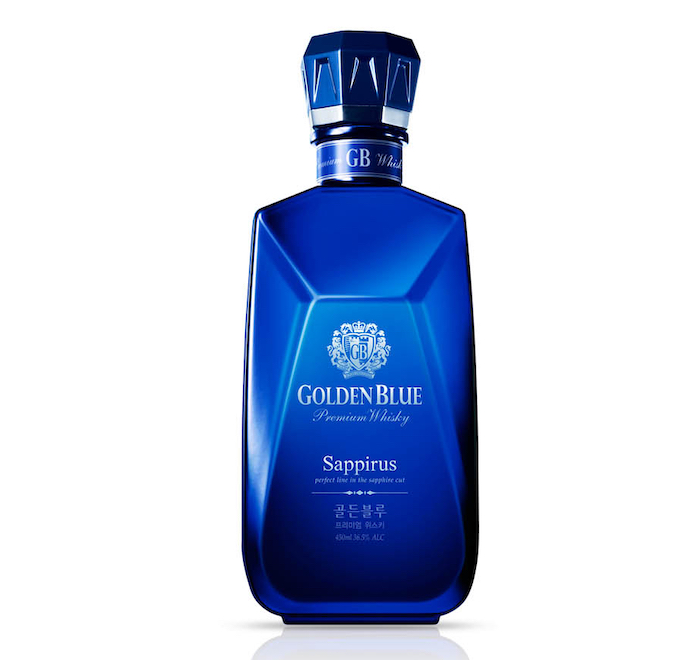 This move by Golden Blue was a long time coming. Apparently, Kim and his team spent three years researching the U.S. whiskey market before sending the first batch of bottles over. And it is likely a test case to see how well their product is received before exporting further releases to America.

Golden Blue’s website doesn’t offer official tasting notes about their Sappirus release, only noting that it features “a subtle fruit scent and a sweet yet smooth texture.” The tasting note from the 2020 International Wine Spirits Competition, which awarded Sappirus with a bronze metal, notes that is “well balanced and harmonious with herbal, dried fruit, and citrus flavors.”

The news of Golden Blue Sappirus arriving on shelves in the U.S. is also notable as it will be the eighth country that has welcomed in Korean whisky. Until this year, Golden Blue has only been available in various Asian nations, such as Cambodia, China, Vietnam, and Indonesia.