The small-batch, four-month-old rye was aged in a 50-liter Speyside cask and is the company’s first product. Mercia Whisky founders Jeremy Roney and Paul Horrocks founded the spirit producer in September 2020.

“Launching our very first rye spirit to an audience that appreciates its whisky is something we could not have envisaged a year ago,” said Roney in a prepared statement. “We can’t wait to talk about the product and our plans to establish Mercia Whisky in the Midlands as a producer of quality rye whisky in the coming years.” 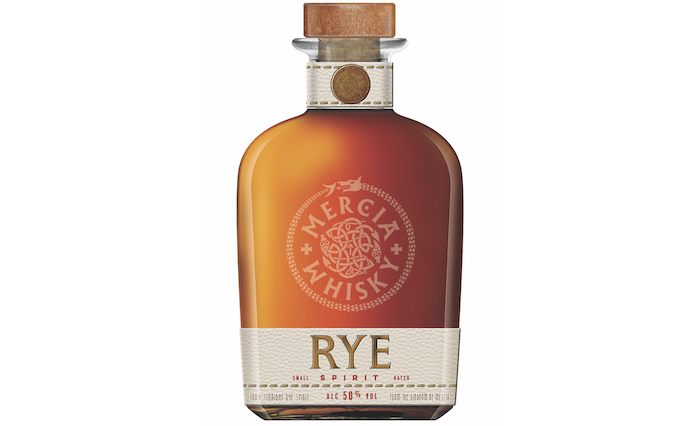 Horrocks added: “We share a strong passion for whisky and we launched Mercia Whisky because of that. For us, this is just the start.”

The Mercia Whisky two-month new make rye spirit has 50% alcohol by volume, and the cask it was aged in has been shaved, toasted and re-charred.

The rye new make is available to buy and costs £75, excluding delivery. Official tasting notes for it are below.

The founders of the company, it is said, “have a passion for ‘bourbon’, for rock festivals and the ancient Anglo-Saxon heritage of the Kingdom of Mercia. They are more likely to be seen in a tasting room – or being Anglo saxon warriors! But they are serious about their rye spirits and aim to have an operating distillery in the Midlands by 2023.”