Both limited releases reveal their history in their names. Batch 002 is a single malt whisky aged in American Oak ex-bourbon casks that were laid down during Bimber’s first year of production in 2016. Batch 003 was first vatted in ex-bourbon casks and finished in Spanish oloroso sherry casks. 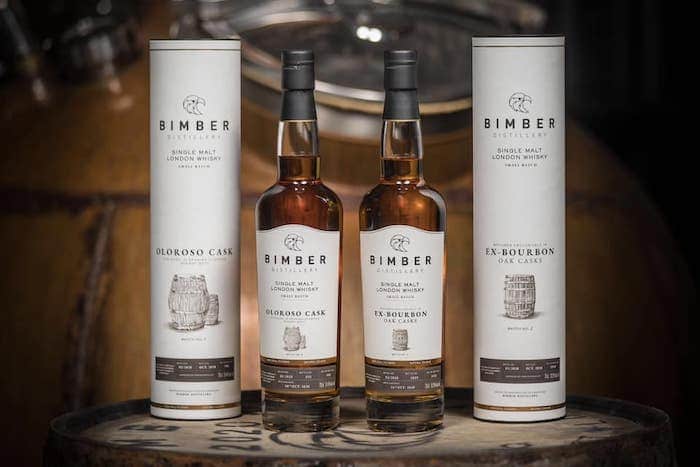 “We’re thrilled to close out what has been a tremendous year for Bimber with the release of two new bottlings from our popular Small Batch range,” spokesperson Matt McKay said, in a prepared statement. “The newest editions of our Ex-bourbon Oak Casks and Oloroso Cask Small Batch expressions offer existing Bimber drinkers a continued insight into the development of our maturing stock. But at the same time, they also provide those newer to Bimber with a perfect entry point to our range.”

According to Bimber, the spirits were produced from their single farm barley and malted on a dedicated floor at Warminster Maltings, the oldest working malter in England. The whisky is then fermented for a full week in Bimber’s American oak washbacks and later distilled in their custom stills.

“Despite the tests and trials of the last nine months we’ve seen the demand for our products grow exponentially,” McKay added. “There’s a real thirst for Bimber and the team is working hard to quench the continued global demand for our single malt whiskies.”