Diageo has announced an interesting-sounding collaboration with Chinese baijiu distiller Jiangsu Yanghe involving the launch of a new whiskey label titled Zhong Shi Ji. “This new-to-world whisky is carefully and specially crafted by master blenders and distillers from Scotland and China,” according to a recent press release.

Baijiu is a grain-based Chinese spirit that can be made in a number of different styles, and is popular in many east and southeast Asian countries. China is the world’s largest beverage alcohol market, with retail sales reaching $178 billion per year, according to the press release, so Diageo wanting to expand deeper into that market—which is still dominated by Chinese spirits—makes sense. 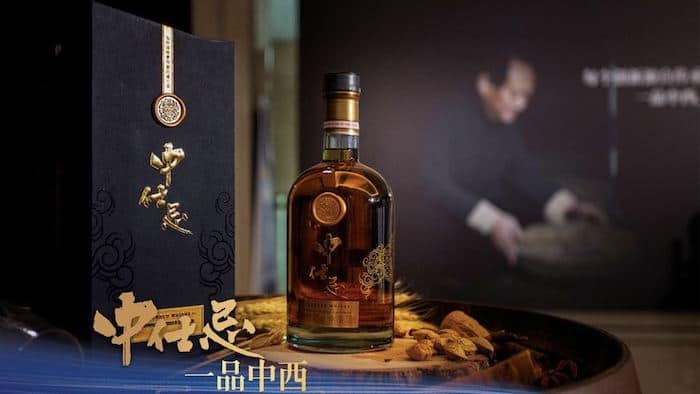 “Diageo has long regarded China as one of the world’s most important emerging markets for whisky,” said C.H. Chu, managing director for Diageo Greater China in a prepared statement. “With accelerated urbanisation and a fast-growing middle class, Chinese consumers are demanding both choice and quality. We believe that Zhong Shi Ji can play an important role in the Chinese dining occasion, launching a new era for whisky drinkers in China.”

The announcement is rather short on detail about the actual whisky, noting only that it involves “a unique process, including maturation in Chinese ceramic pots,” resulting in “a unique, full-flavoured, exceptionally smooth liquid.” The expression is a collaboration between Diageo master scotch blender Craig Wallace and China Alcoholic Drinks Association baijiu master Zhou Xinhu.

What exactly that looks like is something of a mystery, but based on the vague notes from the press release, it invites comparison to several other unique expressions we’ve covered at The Whiskey Wash. Vinn Distillery in Portland, Oregon makes rice whiskey using a baijiu-style fermentation process, while Georgia-based Aleksander Distillery has been experimenting with distilling whisky in traditional clay winemaking vessels. It will be interesting to see exactly what Zhong Shi Ji ends up looking like.

31
Shares
2.2k
Views
Share on FacebookShare on TwitterGet Our Newsletter
Read More Whiskey News
Israel's M&H Distillery Has A New Cask Ownership Program
Cheers to the Dads! Personalize a bottle of his favorite whiskey to create a modern gift for the modern man. Use code: FATHERSDAY20 for $20 off your next order of $100 or more at ReserveBar