Copper Rivet Out Of England Releases A Column Still Whisky

Kent’s Copper Rivet Distillery recently released its second limited-edition in its Masthouse range: a malt whisky made in a column still.

The 45% alcohol by volume whisky is unique in that Copper Rivet said it is the first column still single malt ever released by a British distillery.

“In England we have flexibility to use techniques pioneered in other countries,” Copper Rivet co-founder Stephen Russell said. “Inspired by those beautiful, lighter-style whiskies from Japan, we’ve combined a pot distillation with a distillation in our 10-metre tall, copper plate column still. This combination of stills, we think, adds extra complexity to our whisky made from Belgravia barley malt, locally grown at the Isle of Sheppey.” 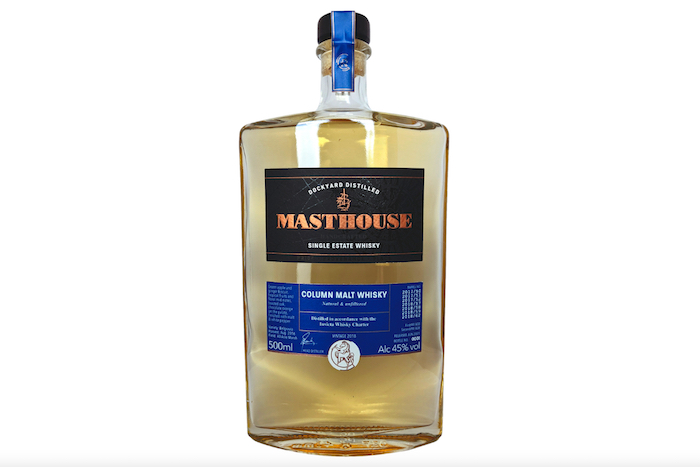 The Masthouse Column Malt Whisky is unfiltered and matured in first and second-fill ex-bourbon casks. Each bottle comes with a copy of Copper Rivet’s own whisky charter.

“This is one of the first whiskies which makes good on our commitment to use the freedom we have to innovate in whisky production and be creative in the service of creating wonderful whisky,” Copper Rivet Distillery’s co-founder Stephen Russell said.  “Every bottle clearly details the grain variety we use, the name of the field in which the grain was grown and the barrel numbers from which the spirit was taken.”

The whiskey has official tasting notes of vanilla mousse with candied zest, toffee apple and light oak shavings on the nose, and lingering sweet cream with dried plantain, fresh-cut pear and a nutty peppery finish on the palate.

It is made with 100% Belgravia Barley, and the distillery says its mash undergoes a long fermentation before being pot-distilled and then distilled a second time in their 10-meter tall column stills.