Column: Whisky In The Alps

Around this time of year I usually look to book a yearly trip to the Alps. The mountains, the snow, skiing and the culture – I just love everything about it. But now I’m not just super keen to go to the Alps because of the skiing, it also makes me so excited to check out the local whiskies. Living in Scotland makes you quite spoiled with having a lot of different whiskies easily available online but on my travels I always find the time to check out the local assortment of spirits.

Since single malts are a growing category around Europe it isn’t surprising that many distilleries and breweries around the Alp region – that previously were dedicated to other types of spirits – expand their portfolio to matured grain spirits as well. Many of the countries where the Alps run through have a long history of fruit spirits – Austria with its schnaps, the Italians have their grappa and in France there’s of course a huge variety of brandy. Many of these whisky makers are not yet widely known outside of their own regions or countries which makes me even more curious to try their whiskies.

This coming winter I’m planning on heading to Austria so I’ll be keeping my eye out for Uuahouua whisky, which is produced in Wachau – a place in lower Austria perhaps more known for it’s Grüner Veltliner wines. It is also called WIESky as it has gotten its deliberate name after the family that produces the spirit. Not to be confused with the German word weiss, meaning wheat, as they primarily use barley – both peated and unpeated – as well as rye for their mash bills. I’ve seen this brand, and also other Austrian single malts, available in the local supermarkets, which is my favourite place to look for whiskies when visiting other countries. You never know what you’ll find. 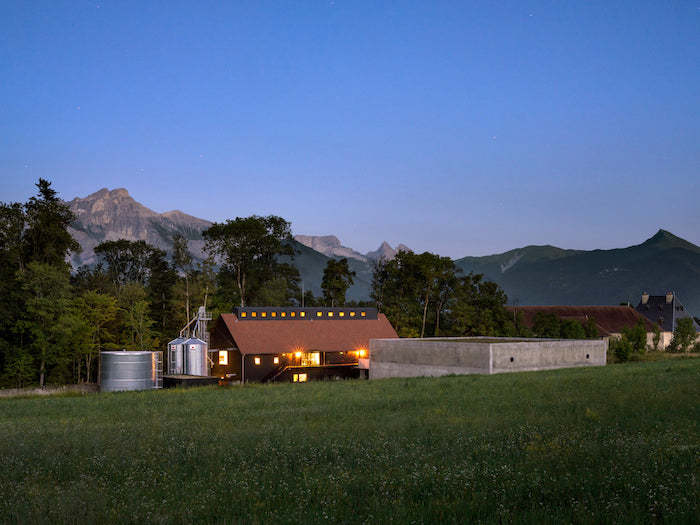 The Alps can have quite a difference in temperatures in the winter versus the summer which makes it interesting for whisky making. Distilleries like Puni in the Italian Alps state that the considerable changes in temperature result in a accelerated maturation that assists with making their single malt mellow after even a relatively short time in the casks. Many people might choose to go on holidays to the Italian Alps for the culinary experiences that the area offers – be it cheese, wine, spirits, pizza, charcuteries or pasta – but now whisky can be added to the list as well.

So far we’ve had a brief look at distilleries in Austria and Italy, but what about France? One of the alpine whiskies that seem to be available fairly often on the wider European market, rather than just locally, is Domaine Des Hautes Glaces in the Trièves Mountains. This mountain farm distillery started up in 2009 and is since 2017 part of the Remy Cointreau portfolio. It also states to be the oldest organic distillery in the world, which is an interesting aspect as “organic whisky” seems to be a category that is becoming more and more common.

Last, but not least I want to mention a distillery that surely would win the price for Most Alpine. The Orma whisky distillery is located at 3303 m above sea level at the top station of the Corvatsch mountain ski lift, above the Engadin St Moriz resort in Switzerland. If you, like me, are a fan of both whisky and skiing – this certainly sounds like an ideal combination. Orma is the Romansch word for soul and refers to the Graubünden roots, which is the only trilingual canon of Switzerland with both Romansch, Italian and German are administrative languages.

Due to the high altitude they can distill at 10 degrees lower than at sea level as the higher elevation results in a thinner atmosphere. Some of the Orma whisky is even matured on this altitude in a grotto, but they also mature whisky elsewhere.

Perhaps it’s the romantic idea of being able to taste a bit of the local culture in these whiskies that makes it so appealing, just as with scotch or bourbons, but I can’t wait until it’s time to swap my usual apés ski aperol spritz for an alpine dram.