Column: From Beer Brewing To Whisky Distilling In Europe

When you think about the drinks culture in mainland Europe, whisky might not be the first thing that springs to mind. Many of the countries are associated to grape or fruit spirits. Some to wine and some to beer. The drinks history in Europe is very fascinating, especially when it is possible to see the connection of technology development and usage of the local ingredients. One ingredient that is very popular in countries that produce beer is barley.

The basics of making beer is to obtain the natural sugars in barley, or other grains and then let it ferment with yeasts to produce alcohol. Sound familiar? This also happens to be the first few steps of whisky production. There’s a reason so many people simplify whisky making in to “basically make a beer and then distill it” when explaining the process in easy terms. It’s not just in whisky that barley plays a big part – it also seems to be the grain of choice for many beer brewers, due to its properties making it very suitable for malting which, of course. is an important part of both whisky and beer production. One big difference between the two however, is the fact that you can add flavouring and spices to beer – the most popular being hops.

Before you start wondering why I am going on and on about similarities between beer and whisky I want to jump in to three European countries that many might consider to be beer-countries: Germany, the Netherlands and Belgium. These are countries where several breweries have taken their beer making techniques and used their beer mash, of course, prior to adding hops, and distilled it to make whisky. Considering that Germany is one of the top countries when it comes to barley production in the world, it might not be surprising that the country likes using the grain for their local products. 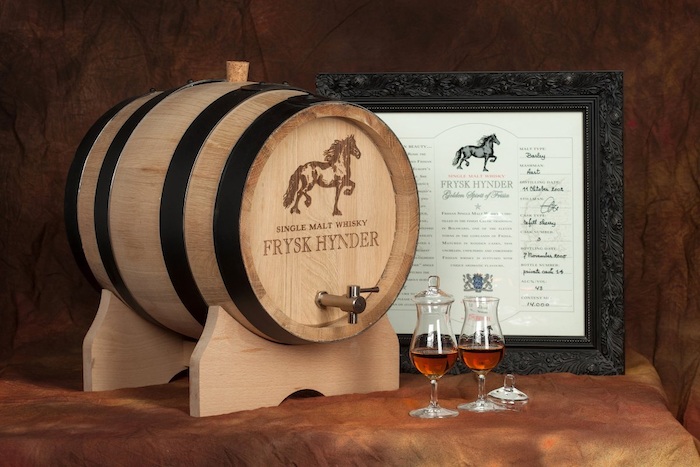 There’s also companies in the Netherlands that use beer to make a distilled spirit, which they call a beer brandy (although it isn’t a technically correct term as it isn’t made from fruit) with the difference that the hops aren’t removed before distillation. And these “beer brandies” or “beer schnapps”, as they’re also called, isn’t something new but a practice that has been around for generations primarily in Germany.

“Beer Brandy” isn’t the only beer related product from the Netherlands though. Us Heit is a brewery & distillery that make beer mash from their own malting house for distillation. The whisky is then matured in a variety of European casks, from ex-cognac to ex-port, and also goes in to their whisky liqueurs.

In Belgium you’ll find Het Anker has a similar process, inspired by two old family traditions: one of brewing beer and one of distilling jenever. Combine the two and they now produce single malt whisky where they use the mash of their Golden Carolus Tripel beer, also of course before the hops is added. I’ve had the pleasure of trying this particular one and the grain notes that come through are fascinating.

I mentioned previously that many beer brewers tend to like barley as their main grain, but another type of beer that is very popular in Germany, but also in Belgium, is the wheat beer – weizenbier or witbier. So perhaps it isn’t surprising that grain whisky with a large component of wheat also is a type of whisky that you can find here. The Berghof Rabel started out with distilling wines, but now also produce a wheat whisky made from 80% local wheat, 20% malted barley which they also mature in German lime oak barriques. Another one of their products is a whisky made from 100% spelt, or dinkel wheat. Grumsiner, Schraml Brennerei and Gerhard Büchner Feindestillerie are other ones that also make their own grain whisky from wheat alongside a range of single malts.

Although beer brewing has been a practice that might’ve been around in Europe as early as 5000 years ago, it seems there’s plenty of family traditions, new innovations and curiosity that keeps the beverage developing. It will be fascinating to follow how these breweries and distilleries will develop and continue their whisky craft over the coming years and centuries.