Australia’s The Gospel Whiskey Launches In The US

The Gospel Straight Rye Whiskey is bringing together traditional American whiskey history with its Australian culture and environment.

After an international debut in France, Germany, the UK, Hong Kong and China, The Gospel recently marked its US launch in more than 29 states.

The Gospel was founded in Australia in September of 2019, distilling with 100 percent Australian unmalted rye, and soon began selling out its limited releases in a matter of hours. 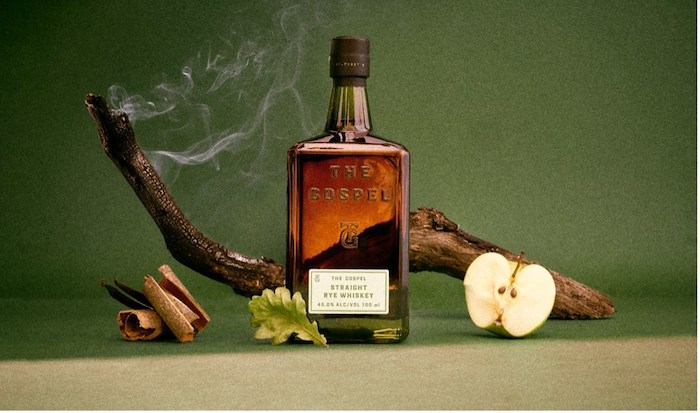 The Gospel is described by the brand as the first Australian whiskey that is legally labeled as “straight” as it’s made to the strict distillation and maturation process required of typical of American whiskeys. The Gospel’s whiskey is double distilled and aged for two years in charred, new American oak barrels sourced from Kentucky, where the oak is obtained from a single forest.

The Gospel sources their rye grain from a single farm in the Murray Mallee region of South Australia, one of the driest regions in the country, and the world. Coupled with Melbourne’s dynamic climate, the small and dense rye grain from this area is said to produce a unique rye whiskey that’s grain-forward and full of the cereal character of the soil from which it originated.

“We are thrilled to be launching our whiskey in the US,” said Andrew Fitzgerald, co-founder of The Gospel, in a prepared statement. “We believe we are perfectly marrying two cultures, and bringing our expertise to the forefront with a unique whiskey, one that is distinctly flavorful, with a grain-forward character and stronger oak influence. It is a true Melbourne whiskey that reflects the city of where it has been made, while paying homage to the heritage of rye whiskey in the States.”

Fitzgerald said that The Gospel, in fact, was founded with the US market in mind. The rye specifically was inspired by a trip that Fitzgerald and his Co-Founder Ben Bowles took to the US in 2016. They visited multiple distilleries from Kentucky to Washington, went to more than 70 bars, and asked Americans what they were drinking and their thoughts on the next “big thing,” of which rye whiskey was consistently mentioned.

The Gospel Whiskey is available to buy online at usa.thegospelwhiskey.com and has a suggested retail price of $50 per bottle.