New French malt whisky maker, Alfred Giraud, was built from the ground up for explorers of taste.

Looking to challenge convention, Phillippe Giraud set out to combine his family’s cognac expertise and passion for whisky. Merging techniques mastered by the Giraud family of cask makers and cognac cellar masters over the past 130 years, the family looks to establish a new tradition of French malt whisky, a refinement they call a balance of nature and creativity. 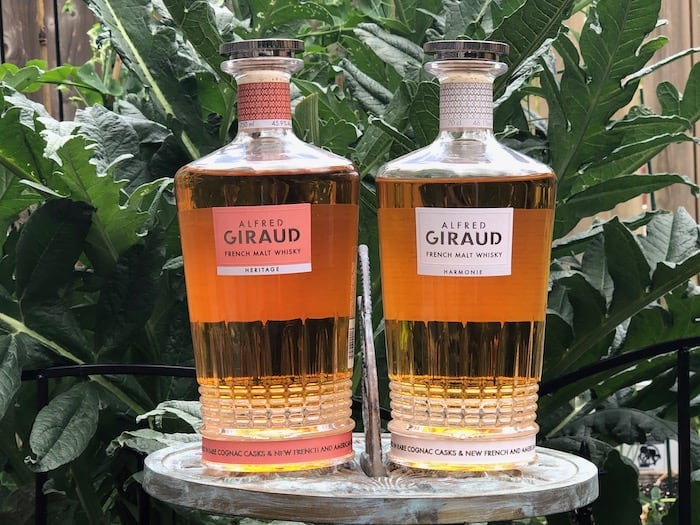 That process sees multiple marriages, the use of different distillates from their own distillery, and a slow reduction process.

“In that sense, we go against the current because many whisky consumers assume that a single malt is necessarily ‘better’ than a blended malt. As traditional cognac makers, blending runs through our veins and we are firm believers that a high-quality blended malt is equal or superior to the finest single malts because the use of distinct distillates amplifies the aromatic palette of our cellar master.”

Right now, the Giraud brand is among the rare … a whisky company that controls the production process of every drop of its single malt, including the wood they use for maturation and in such small volumes (only bottling 30 casks a year).

Phillipe said that for Alfred Giraud, distillers select the barley through partnerships with organic and non-organic growers in the east and southwest of France.

“We investigated owning the barley fields, but it does not make sense, as cereal growers must rotate the production of barley and other cereals to maintain the productivity of the fields and the quality of the barley. For organic barley, it can take up to six years before being able to seed again barley in the same field,” he noted.

Once chosen, the Giraud barley is then sent to the Malterie des Hautes Vosges, which the Giraud family co-owns in the east of France.

With a capacity of 1,000 tons per year, Phillipe said it’s the only small malting facility in continental Europe that works continuously (24 hours a day and 365 days a year). 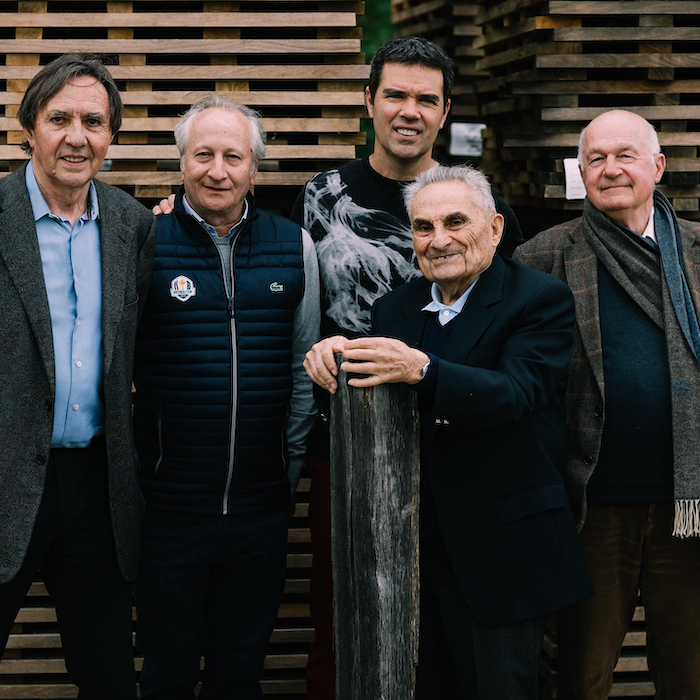 “Malting is a key step in the production of malt whisky, and we felt we had to control it,” he said. “Controlling our malting facility allows us to trace our malts, customize the malting process to our special requirements, and optimize our yields.”

Giraud then brings the malted barley back to their distillery in Cognac, where they built a new milling and mashing facility equipped with a separate filtration system. Traditional distilleries usually drain wort through the perforated floor of the mash tun. “We feel our new system is superior and optimizes the fermentation process,” Phillipe said.

Next, they distill the whisky twice, in small batches, in traditional, fire-heated Charente copper stills. “The direct exposure of copper to the flame is unusual today, but we kept this tradition alive and feel it contributes to the rich and distinct flavor of our malts. We use our stills to create two distillates with different characteristics … one with cereal notes, the other with fruit notes … with each then going through a different aging process.”

When it comes to maturation, the Giraud family’s forestry operation in Limousin, France supplies both tight grain and loose grain French oak for the whisky’s new casks. “And our collection of rare cognac casks, we re-use to mature our whiskies,” Phillipe said.

Down to the wood grain, all the ingredients of Alfred Giraud single malt are French, save one … the peat. It cannot be legally extracted in France.

But the barley, all French. In fact, France is the second largest producer of barley in the world, and sports many different types of barley grown in several distinct regions with different climates and yielding different characteristics.

“We have everything we need in France when it comes to barley,” Phillipe said.

You may have noticed when discussing the wood, Giraud uses a small proportion of new oak (up to 20 percent). This is for the strong tannins Phillipe said the new wood imparts in the whisky. 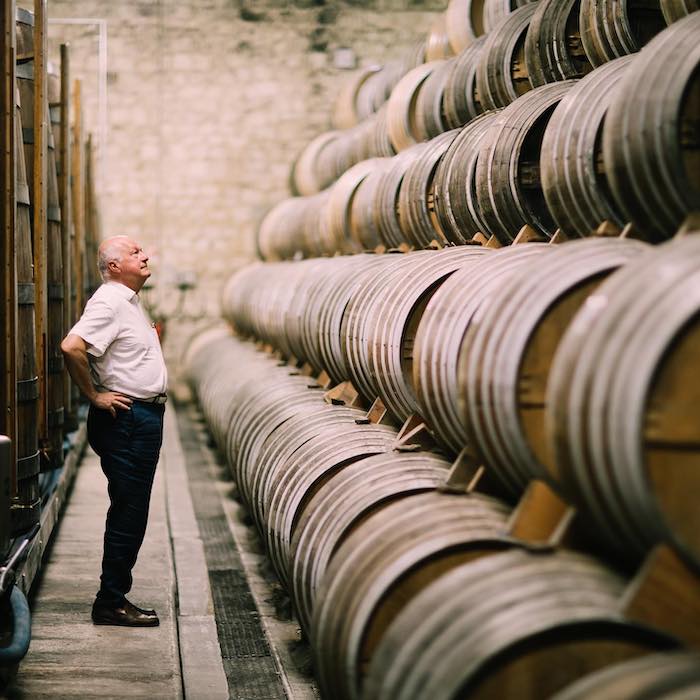 “However, our specificity comes from the use of mostly very old cognac casks,” he added. Some of those casks are up to 65 years aged. The wood of these old casks may not give up a lot of tannins to the spirit, but a typical 350-liter cognac cask contains up to 15 liters of what Phillipe called “exquisite old cognac.”

In time, that exquisite cognac finds its way back into their whiskies, “which give them a distinct smooth, gourmand touch … to a point of slight sweetness … and a long finish that is typical of very old cognac. The limited availability of these extraordinary casks makes our whisky scarce, but gives it such a unique touch,” Phillipe said.

In the whisky industry right now, there is no “typical” French whisky profile, as the category is fragmented with many brands of different backgrounds spread over many regions with different climates.

And, as France has been distilling whisky for only about 40 years, many French whisky distillers still distill other spirits adding their own spin and expertise on their production of whisky. This makes it hard to compare French whisky as a whole to American or Scotch. 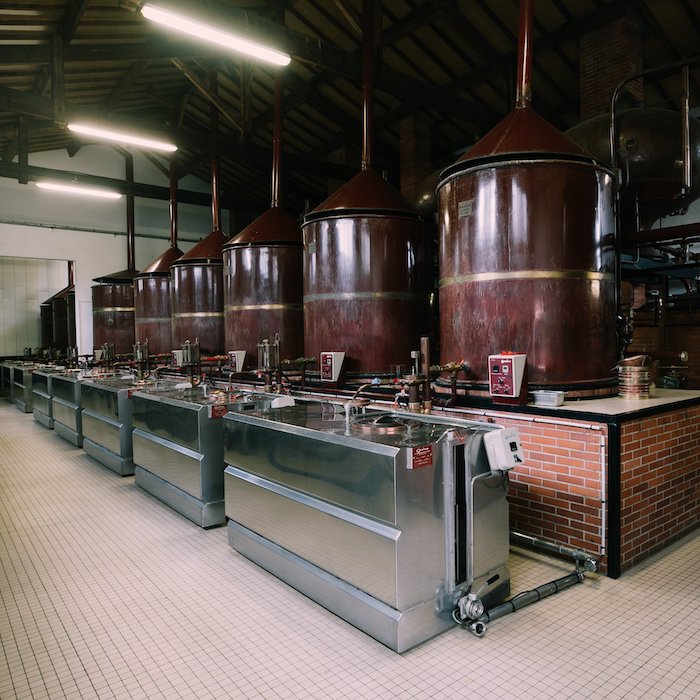 Read More Whiskey News
How to Do A Virtual Whiskey Tasting

* The use of French ingredients, which tend to be abundant and of high quality because of the historic culinary culture of the country;

* The dominance of malt whisky because all distilleries are small, and none is able yet to compete in the low-margin categories of grain or blended whiskies. By default, tradition but also passion typical of a young industry, France tackles the whisky category through the high-end subcategory of malt;

* A deep culture of blending, particularly in the cognac region (Cognac is probably the most blended spirit);

* The availability and use of a wide variety of qualitative ex-French wines and/or spirits casks;

*The craftiness of the industry and, therefore, the small batch approach. Even the biggest producers of French whisky would be considered craft distillers in the USA or Scotland.

Cognac is the special sauce when speaking of Giraud’s new French malt whiskies. Phillipe explained that their whisky operation comes in three “ranges.”

Right now, the number one market for Alfred Giraud French malt whiskey is their own backyard of France.

“That’s where our brand is already well established,” Phillipe said. “We recently launched in the U.S. with selective distribution in New York and Florida. We will also be launching soon in select Asian cities … however, we are a small company and take it one step at a time.”