Earlier this year Beam-Suntory’s Yamazaki distillery unveiled a staggeringly old 55 year old Japanese single malt whisky, with only 100 bottles being made available for around $27,550 USD each. One of those bottles later was set for auction in Hong Kong this month, where it was believed to be capable of drawing upwards of $100,000 USD in bidding.

Well, said auction has just happened, and when the final gavel fell, bidding closed at an astronomically high price of HK$6,200,000 (US$795,000), easily establishing a new world auction record for a bottle of Japanese whisky. 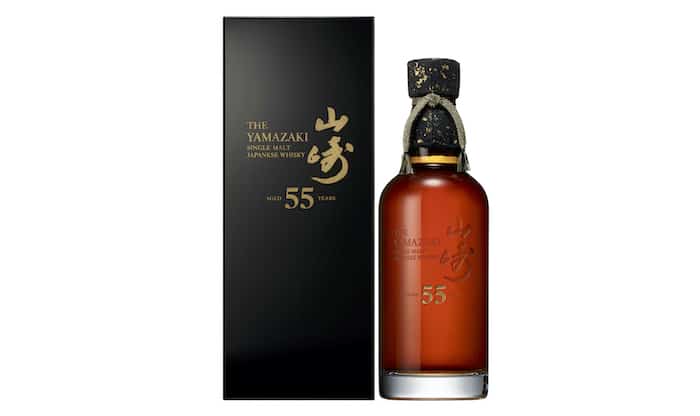 “The stunning price sets a new milestone for the market of Japanese whisky,” said Daniel Lam, Bonhams Director of Wine and Whisky, Asia, in a prepared statement, “testament to collectors’ desire and determination to acquire the very best the market has to offer. We are pleased to see a keen demand for Scotch whisky in today’s sale as well.”

The Yamazaki 55 Year Old, for those unfamiliar with it, was blended from a combination of whiskies that were (1) distilled in 1960/aged in Mizunara oak and (2) distilled in 1964/aged in white oak. It was bottled at 46% ABV. It was housed in super special packaging, “with the calligraphy letter ‘Yamazaki’ carved into the crystal bottles holding this expression one by one, and gold and lacquer were applied to the year display part. The mouth is wrapped in handmade Echizen Japanese paper and tied with a braid that is a traditional craft of Kyoto. Each bottle is housed in a special wooden box made of Japanese mizunara wood with Suruga lacquer.”