Editor’s Note: Our Scotch Whisky Editor at Large Joe Micallef had the chance recently to try the very rare and ultra-expensive Mortlach 75 Year Old Scotch whisky from independent bottler Gordon & MacPhail. In the second of two parts, we present his extensive review and backstory of the whisky below. Also, some have asked us how such a whisky sample came into our possession. In full discourse our founder, who is also a whiskey collector, found a press sample for sale on an international whisky auction site. He acquired it and then passed it off to the reviewer.

The Mortlach distillery is one of the oldest Scotch whisky distilleries in Scotland. Founded shortly after the excise tax reforms of 1823 on the site of an even older illicit distillery, Mortlach was also the first legal distillery in Dufftown, the heart of Speyside. It remained the only legal distillery there for over 60 years. Its neighbor, Glenfiddich, was founded by William Grant, a former 20-year employee of Mortlach, in 1887.

Mortlach has long been famous for a particularly complicated (often referred to as “byzantine”) distillation process. Distilled an average of 2.81 times, the spirit produces a particularly aromatic and flavorful Scotch whisky that is capable of long aging. At times referred as “The Beast of Dufftown,” it is a bold, rich, and powerful spirit, often described as “thick.”

The distillery uses six copper pot stills, three wash stills, and three spirit stills. The spirit stills are each shaped differently, producing three different kinds of new make spirit. These in turn are blended together and transferred to a combination of ex-bourbon barrels, ex-Sherry butts and re-charred hogsheads for maturation. 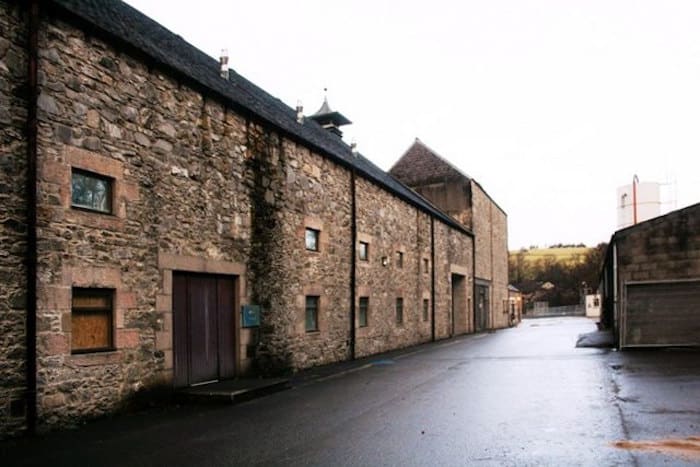 In addition, the distillery uses traditional worm tubs housed in wooden vessels placed outside of the still house. The worm tubs help to produce a particularly thick, rich, viscous whisky. Worm tubs have less copper, so they absorb less of the heavy and sulfurous substances in the spirit. Moreover, being outside, the copper is colder and absorbs even less of these heavier aromatic compounds.

These unique components of the distillation  process at Mortlach create a spirit that tends to be higher in sulfur than other distilleries’ products. Sulfur is a gregarious compound, readily combining with other compounds in an aging whisky. In small quantities it can add complexity and unusual flavors and aromas, including a distinctive meatiness. This trait has long been associated with Mortlach, although the specific chemistry that produces it is not entirely understood.

John Walker and Sons purchased the distillery, their second purchase after Cardhu, and it has long been featured in the various Johnnie Walker blends. Its particularly rich and robust character has been used to provide backbone and body to blended Scotch whisky.

The distillery has also been a favorite of specialty bottlers like Gordon & MacPhail, who have long sought out particularly prized casks for their custom bottlings. The Gordon and MacPhail “Generations Series” seeks out exceptional casks of ultra-aged Scotch whiskies for specialty bottlings.

The series began on March 11th, 2010, when Gordon & MacPhail launched a 70-year-old bottling of Mortlach Scotch whisky that had been distilled in 1938. At the time, this was the oldest bottle of Scotch whisky available on the market. The inaugural bottling sold out within two weeks.

The fourth release, on September 2nd, 2015, was a 75-year-old bottling of Mortlach. Described by noted whisky critic Charles MacLean as, “elegant as a grande dame…the Ingrid Bergman of malts,” it is the oldest Scotch whisky currently available. 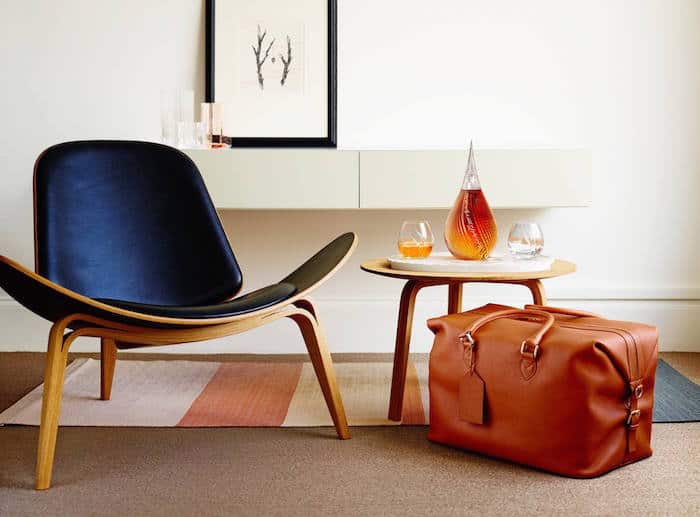 The review below looks at two separate bottlings of Mortlach, both by Gordon & MacPhail, a 15 year old and the 75 year old. I’ve done this to provide you a sense of perspective between two whiskies from the same distillery which are 60 years apart in age.

Nose: On the nose the influence of the sherry cask aging is unmistakable. There is the distinctive aroma of cooked figs, plump golden raisins, and ripe stone fruit. There are also some herbal notes, including hints of mint and dried herbs, with just a touch of anise or licorice, and some spice notes. The color is medium amber.

Palate: The whisky is drier on the palate than the nose. This is a heavy, viscous, oily whisky. There is a sweet note featuring stone fruit, fig, and raisin, although this is less sweet than what the nose would have indicated.

Distinctive herbal notes evoke mint, anise, and licorice, as well as some dried herbs and a bit of savoriness, like the briny residue of a dirty martini.

Finish: The finish is medium, almost long, and satisfyingly warm with distinctive flavors of cooked and dried stone fruits, figs, and golden raisins, as well as hints of tropical fruit. On the finish there is a noticeable bitter almond note that contrasts nicely with the sweet elements in the whisky.

The addition of a little water brings out some of the herbal elements, especially the minty l notes, as well as savory notes with slight hints of dried meat.

This is an outstanding whisky. It offers complexity, nuance, and a distinctive, unmistakable style. The sherry sweetness of dried and cooked fruits is framed against an oily, viscous, creamy texture on the palate that also offers some intriguing savory, herbal, and minty notes. This is a whisky to be enjoyed with friends on a long night of conversation and reminisces.

The Gordon and MacPhail Generations 75 Year Old is presented in an exquisite decanter. Each one is numbered and has 75 multi-level cuts, one each for every year that the whisky was aged. The decanter comes with two specially designed crystal glasses and a white presentation plinth, and is packaged in its own luxury Aniline leather travel bag. 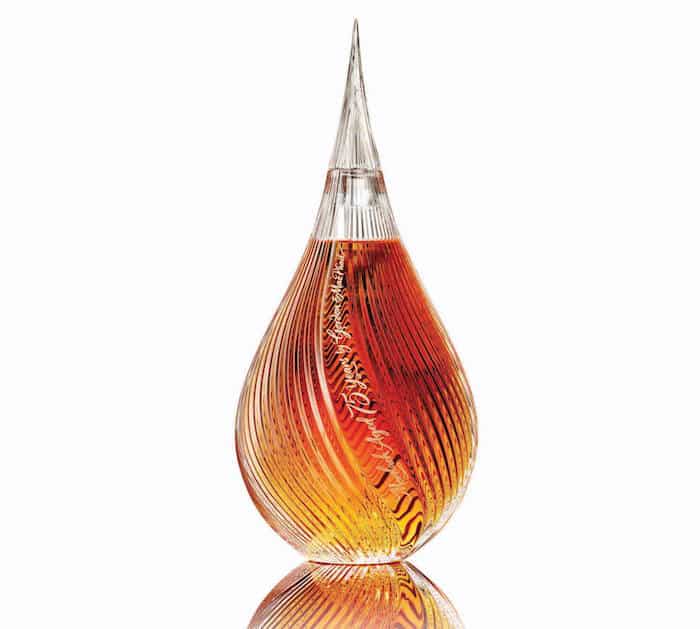 A specially commissioned book written by noted whisky writer Charles MacLean and novelist and poet Alexander McCall Smith accompany the whisky. Seven Nights with Mortlach recounts reminisces and conversation over seven evenings between MacLean and Smith as they discuss stories of Scotland, its whisky, and the people who played a part in the creation of this special malt.

Nose: Elegant and harmonious. On the nose there is a cohesiveness, an integration of parts that only long aging can provide. The sherry cask influence is unmistakable. After a slight spirit note, there are waves of cooked fruit and Christmas fruitcake, cooked plum and prune, golden raisins, fig paste, and peach and apricot jams. The color is a light amber.

In the background there are some more exotic notes, ones not normally associated with Scotch whisky: a bit on incense perhaps, some sandalwood, exotic spice, faint echoes of a long ago trip through an oriental spice bazaar. There are also some very slight herbal notes, with hints of mint, and some dried herbs. In time, some cooked cereal and oatmeal aromas emerge, also typical of Mortlach whisky.

There is also a characteristic note of Mortlach that is variously described as old book leather, fresh cured leather, and even as a slab of raw meat. This aroma is typical of Mortlach and is associated with the retention of a greater proportion of sulfurous compounds by the cold worm tubs.

Palate: On the palate the Scotch is much drier than the nose would indicate. The fruit is still there, stone fruit, raisin, and fig, but dried rather than cooked or jammy. There is a more noticeable, but indistinct, floral element, like dried potpourri.

The hints of exotic spice, incense, and sandalwood are still present, along with notes of old lacquered wood, and even what might be a touch of smoke.  At first that may seem strange because Mortlach is unpeated, but that has only been true since 1968.

This smoke is an artifact from long ago. Back in 1939, when Mortlach operated its own malting floor, coke and a bit of peat were used to dry the malted barley. That hint of smoke is all that is left of the peat burned 75 years ago.

There is a pronounced oily viscosity that we would expect from a sherry cask aged Mortlach. Sweeter notes emerge on the mid-palate and toward the end, with a distinctive peach and nectarine flavor, followed by some slight bitter almond and peach pit notes.

Finish: The finish is warming, long and subtle, ending with a pronounced note of dried peach and nectarine that just seems to linger forever.

The addition of a little water reduces the intensity of the floral and fruit elements, but paradoxically seems to bring out a broader range of these aromas. These are subtle, like old-fashioned aftershave or a barbershop, like old faded potpourri or the aromas of dried fruit in a farmhouse pantry. It also tends to emphasize the sweetness and oily viscosity of the whisky, creating a creamier, almost custard-like texture on the palate.

This is an extraordinary whisky, well integrated, balanced, and harmonious. Mortlach is justly famous for creating particularly complex, age-worthy whiskies. When that signature characteristic is combined with a properly orchestrated, extended aging, the results should be  – and, in fact, are – stunning.

The Gordon & MacPhail 75 Year Old Mortlach has elegance and class, the sort of presence you associate with things and people whose extraordinary quality has withstood the test of time. If this whisky were a person it would be Ingrid Bergmann (as Charles MacLean suggested) or Sir Laurence Olivier, it would be Sir Winston Churchill or Pope John Paul II. (Am I the first reviewer to compare a Scotch whisky to a pope?) Or, maybe, a little bit of all of them.

Then again, at roughly $30,000 a bottle, should we expect anything else? For the cost conscious you could always opt for a single, one-ounce shot at roughly $3,000.

All in all, I’m not sure I could define perfection, but this comes damn close.

No, I am not suggesting that the 15 year old Mortlach exhibits the same grace, elegance, or finesse of its 75 year old grandfather. But realistically, the average Scotch whisky connoisseur will never get close to sampling a 75-year-old whisky, much less buy a bottle, even if you think your children are ingrates and that four years of college is a vastly overrated and overpriced experience. This reviewer, in particular, is ever grateful for the opportunity to have sampled a wee dram.

If a shot of 75 year old Mortlach isn’t in your budget, a bottle of the 15 year old, at a fraction of the cost, will serve you amply well and maybe even give you a bit of a hint of what an exceptional 75 year old whisky is capable of delivering.