First off, this post may be NSFW depending upon where you are, so be aware of that before you read further. 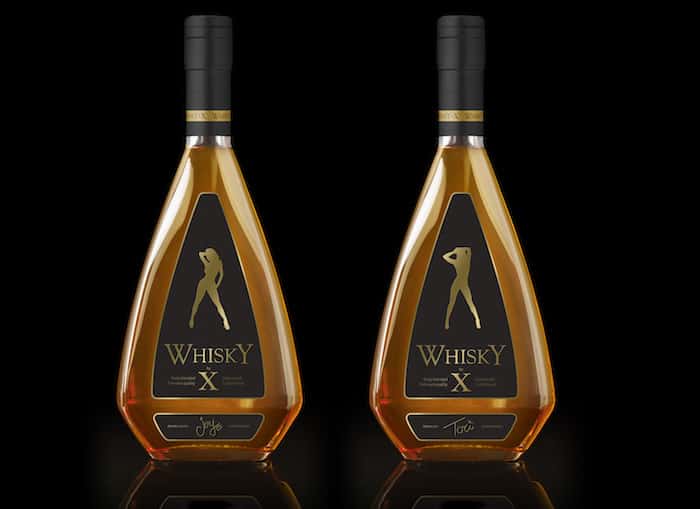 Whisky by X, according to marketing materials found on the NSFW website, came about as a result of an idea the founders of By-X had last year while sitting around enjoying a whisky in a pub in the Netherlands. They reportedly “used all the beer coasters present in the pub and started mapping their idea: the bottle, body blending and filtering process.”

This new blended whisky, said to have been aged at least 12 years and made from a mixture “of premium single malts and single grains,” was distilled in Scotland and bottled in the Netherlands. Now, here is where things get, well, weird. In order to create a more “luxurious” whisky, a “guarded filtration process” involving the use of diamonds and pure gold was involved. Why, might you ask? Because, according to its creators,

not only will the quality of the whisky make your heart beat faster, the thought of the same whisky touching the body of the woman of your dreams will leave you speechless.

I am seriously not making that line up – it comes directly from press materials from Whisky by X, and you can also read more about this filtration process on their website. It, furthermore in reference to the above quote, has been “body blended” By X, which I am not sure exactly what the hell they are talking about, except to say they cryptically explain this by stating “our whisky is body blended by the most beautiful women.” I don’t want to even try to guess what goes on with that!

Now, should you want a bottle of Whisky by X, there are two 43% ABV choices, each representing a different female “model.” Price wise expect to pay around $130 a bottle. I personally will stick to non X-rated Scotch myself.