Independent Scotch whisky bottler Compass Box has, over the last two decades, built up its reputation to become one of the leading brands doing bottlings the way it does things. Now, in celebration of 20 years of operation, it is launching a new special limited edition expression that pays tribute to the whisky that originally launched the brand.

The new Compass Box Hedonism Felicitas, according to those behind it, is a blended grain Scotch whisky with components from three distilleries, as is outlined below:

This whisky is of natural color, non-chill filtered and bottled at 53% ABV. It is made in the spirit of Hedonism, the previously mentioned whisky that Compass Box first kicked off with. 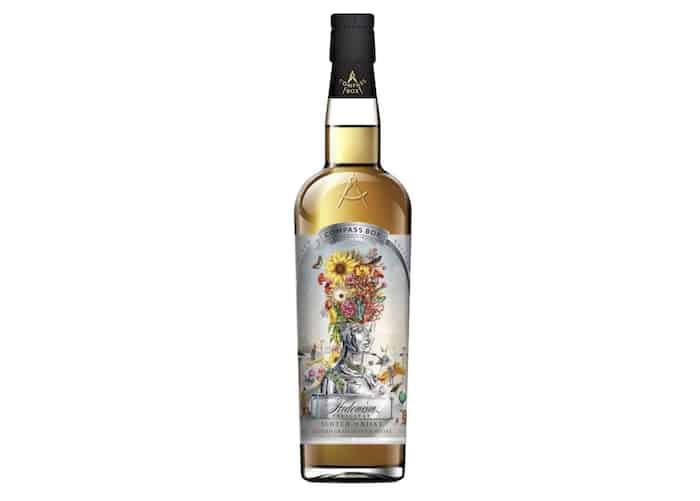 “Launching our business with Hedonism was widely seen at the time as unusual,” said Compass Box Founder and Whiskymaker, John Glaser, in a prepared statement, “because so few Scotch whisky companies bottle 100% grain whiskies. I am hopeful that over the years, we have shown people how delicious good quality Scotch grain whisky can be and as a result, Hedonism has become a signature whisky for us/

“For these reasons, we love to create special, limited edition Hedonism bottlings to commemorate important milestones and events.”

As it stands now plans call for Compass Box Hedonism Felicitas to have a limited edition run of just 2,226 bottles, each pricing around $175. It will be available starting this month. As far as official tasting notes go, information from Compass Box indicates that it has “creamy coconut intertwines with notes of caramel, vanilla and almond. Apple and greengage add a delicious weight with a soft finish packed with creamy toffee. Enjoy in a wide-bowled wine glass.

For the curious, Compass Box has released over 100 whiskies since it was formed in October, 2000. A couple major highlights for the company include taking inspiration from the wine world for its different uses of oak and pushing for greater transparency in whisky through its 2016 Transparency Campaign.