The Scottish independent whisky bottler released just 5,525 bottles of the non-age statement expression, bottled at 46% ABV and priced at £50.

Smoky Shores delivers what’s described as snuffed smoke, salted lemons and sweet cured bacon on the nose, followed by notes of wild oats, orange peel and malted bread toasted over embers of peat on the palate. 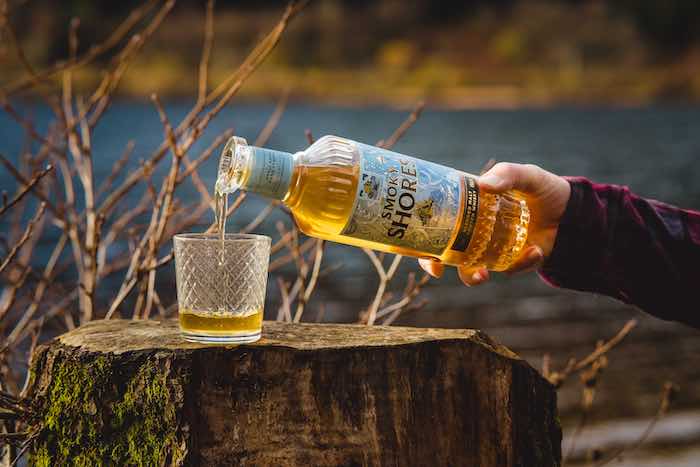 The limited expression is packaged in an intricately foiled gift carton, inside a bespoke decanter bottle with an illustrated label design. The packaging is said to be inspired from the barley malting process, where the peat is added to develop the smoky flavors found in this whisky.

Smoky Shores is said to be a  “sister” whisky to Wemyss Malts’ Peat Chimney, having what’s described as the characteristics of Peat Chimney with an extra blast of punchy peated malt. The Wemyss Malts core range also includes The Hive, a Speyside blend with honey-like sweetness and flavors of citrus zest and Spice King a complexly sweet yet salty expression, an ideal alternative to rye or spice rum.

“We’re delighted with our new Smoky Shores bottling. Our existing smoky favourite from the core range, Peat Chimney, is already a big hit among our peat fans, and Smoky Shores has an even more intense, delicious smoky flavour, a real treat for peated whisky enthusiasts,” Isabella Wemyss, Wemyss Malts owner and Director of Production, said in a prepared statement.

More official tasting notes are below.