Kansas’ Union Horse Distilling Company, as we’ve touched upon in the past, is one of an ever growing number of grain to glass whiskey makers doing almost everything in house, from grain milling to bottling. The company most recently rereleased its straight bourbon and rye expressions under new branding after a lawsuit resulted in them being ordered to change their name. What they are bring to market now is a multi-grain American whiskey.

The new Union Horse Distilling Rolling Standard Midwestern Four Grain Whiskey, according to those behind it, is made from locally sourced barley, wheat, corn and rye. It is aged in American oak for an undisclosed time before being bottled at 92 proof. 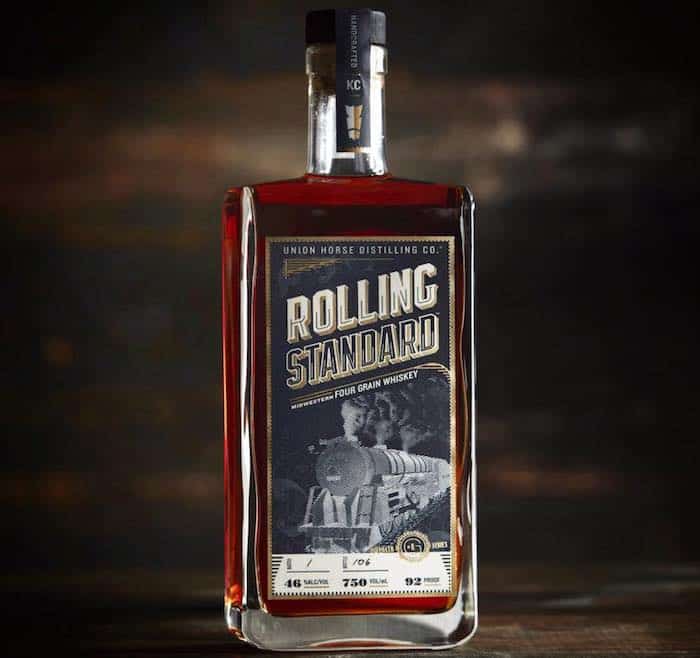 Plans call for this whiskey, priced upwards of $35 per 750 ml, to be available in Kansas and Missouri by month’s end, and in Illinois, New York, New Jersey, Connecticut and California (San Francisco and Los Angeles) in November. It joins Reserve Straight Bourbon and Reunion Straight Rye as a whiskey offering of Union Horse, and is the first in a new “Distiller Series” which looks at more experimental projects for Union Horse distillers.”

“Rolling Standard represents an exciting step toward what’s next for our company,” said Patrick Garcia, Master Distiller and Co-Founder, Union Horse Distilling Company, in a prepared statement. “We’re constantly looking for new ways to share our craft with consumers, push our creative limits as distillers and build upon what we’ve learned along the way. That’s what the Distiller Series represents to us and we’re proud to have Rolling Standard bring something new to our line-up.”

38
Shares
228
Views
Share on FacebookShare on TwitterGet Our Newsletter
Get The Macallan® Rare Cask at ReserveBar. Shop now!