Torabhaig Distillery, the first whisky distillery built on the Isle of Skye in 190 years, recently announced the release of the second expression from its Legacy Series of Single Malt Scotch Whiskies.

Following the selling out of the first-ever whisky from Torabhaig Distillery in February, this second expression of Torabhaig single malt received the name Allt Gleann-The Legacy Series, named after the stream that flows down the side of the distillery in Teangue on the Isle of Skye.

The new release is bottled in small batches at 46% ABV, and is drawn from no more than 30 casks. 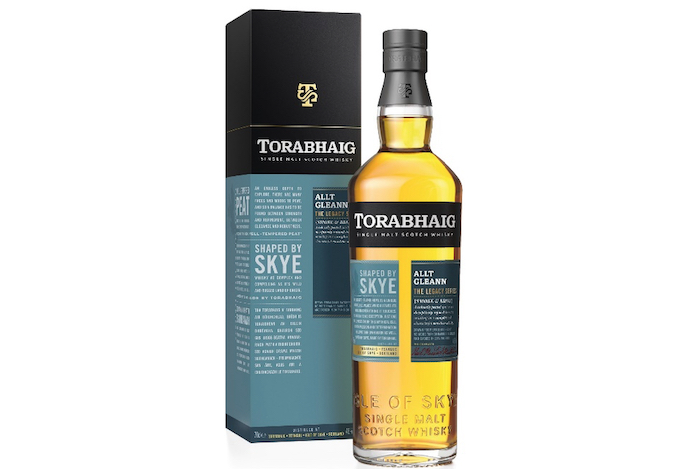 Allt Gleann will be the second of four expressions to be released under the Torabhaig Legacy Series, each capturing a stage on the journey from inception and youth through to coming of age and full maturity.

The distillers say these initial bottlings represent an opportunity for Torabhaig Distillery to develop its style and character, ahead of the Torabhaig Single Malt Whisky 10 year old, due to be released in 2028.

Growing larger in numbers for this release, Allt Gleann will come out in four separate batches throughout 2021 and 2022. It will be available through specialist whisky retailers globally, as well as in the visitor center shop at The Distillery at Torabhaig on the Isle of Skye.

The team behind Torabhaig has been making whisky since January of 2017, blending traditional and contemporary approaches to distilling. Using traditional wooden washbacks for fermentation and classic twin copper stills, Torabhaig Distillery developed a signature style described as “well-tempered peat,” bringing complexity to flavor and balance to the whisky.

Torabhaig Alt Gleann is available for a suggested retail price of $62.00.

For more information on the distillery or the spirit, check out www.torabhaig.com.