The First Edition of the release “Robert Flemming 30th Anniversary” is noted as being a complex, yet balanced single malt that spent its first 20 years in a bourbon cask before sitting in Oloroso sherry butt for its last 10 years. 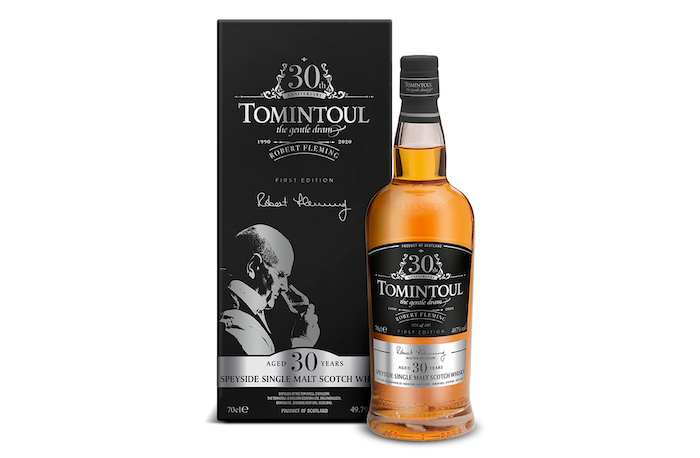 “It gives me great pride to put my name to this exceptional single malt, which was matured in a cask that I personally selected in Jerez, Spain. Rare and complex, this is a stunning example of the unique style of whisky that we make at Tomintoul Distillery,” Robert Fleming, Master Distiller said in a prepared statement.

The Robert Flemming 30th Anniversary is bottled at 49.7% ABV. There was no immediate mention of how many bottles were released, and you’ll find some official tasting notes below.

3
Shares
1.9k
Views
Share on FacebookShare on TwitterGet Our Newsletter
Get The Glenlivet 18 Year Old at ReserveBar. Shop now!