This Is the Year For Blended Scotch Whisky

July 27 was National Scotch Day in the United States, but you can be forgiven for not feeling particularly festive. Many of the things we’d ordinarily do to celebrate a manufactured holiday like this one—order a drink at a bar, invite some friends over for cocktails, or take a leisurely shopping trip to an upscale liquor store—currently exist somewhere on the spectrum from fraught to totally impossible.

Then, of course, there’s the matter of money. A bottle of Scotch can be an investment (sometimes literally). Ongoing 25% tariffs on single malt have made the situation worse. In a time when so many have lost jobs, and we’re all facing the biggest economic disruption of our lifetimes, dropping a serious chunk of cash on a bottle of whisky can feel like a lot to ask.

The good news is that it’s not really necessary. Generally less expensive even during normal times, blended Scotch whiskies are looking like a particular bargain these days because they’re exempt from that 25% tariff. And if you’ve been laboring under the misconception that blended whiskies are inferior to single malts, well, there’s no better time than now to disabuse yourself of that notion. In other words, blended Scotch was made for this moment. Here are three inexpensive bottles for celebrating Scotch whisky in a not-so-celebratory time. 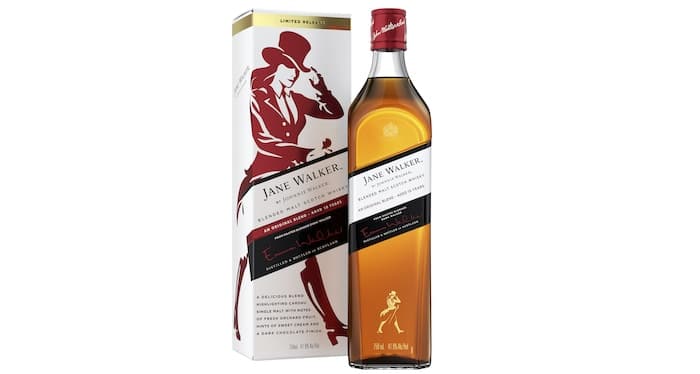 Diageo faced some criticism for their rollout of the Jane Walker blended malt a few years ago as a clumsy, tokenizing attempt to “invite women” into the category of Scotch whisky. Undeterred, Diageo released a new iteration of Jane Walker in March of 2020. Fortunately, this version has a more substantial connection to women than just having a picture of one on the box.

There seems to be an unwritten rule that smoky whiskies are for cold weather, but I actually find that light-bodied examples like this one taste particularly good during the summer months. Perhaps there’s some power of suggestion at play, but Rock Island makes me think of actually being on an island, a notion that sounds particularly appealing during a summer when so many of us are still cooped up.

Formerly Rock Oyster, this blended malt from Douglas Laing takes its cues from Island whiskies and features malts from Arran, Jura, Orkney, and Islay. It pairs a damp, distant smokiness with a refreshingly transparent salinity, like breathing in fresh sea air while zooming along in a skiff with an outboard in need of a little maintenance.

Artist’s Blend is about half grain whisky from Cameronbridge and half malt whisky, including selections from nerd-favorite distilleries Clynelish and Linkwood. That means it strikes a nice balance between delicate and rich, with a pleasantly fruity and floral character. In keeping with their no-rule-left-unbroken philosophy, Compass Box recommends you enjoy Artist’s Blend in an iceless highball, which they call “almost a beer in reverse.” Detailed instructions to make one at home can be found here; just don’t skip freezing the whisky and the glass. A tepid highball is just as appealing as a tepid beer.

40
Shares
1.6k
Views
Share on FacebookShare on TwitterGet Our Newsletter
Get The Glenlivet 18 Year Old at ReserveBar. Shop now!