The New The Macallan Edition No. 6 Marks The End Of This Scotch Single Malt Series

The Macallan Edition series over time has, according to the brand, explored “the unique and defining elements which make The Macallan one of the world’s most revered single malts.” Edition No. 1, for example, was released in 2015 and considered the distillery’s cask management from wood sourcing to finished, seasoned, cask. The series is now coming to an end, with the final bottling focusing upon the mighty River Spey in Scotland.

The Macallan Edition N0.6, according to those behind it, is a Scotch single malt whisky that’s been crafted from a combination of five American and European oak sherry seasoned cask styles. It is non-age statement in nature and bottled at 48.6% ABV.

As for this expression’s relationship to The Macallan Estate sitting on the banks of the River Spey, it was explained that it “captures the River Spey’s energy; the warm, welcoming personality of The Macallan’s Ghillie; the classic craftsmanship of Hardy; the extraordinary life of the Atlantic salmon on the beat; and the mastery of whisky making on The Macallan Estate, which has taken place since 1824. 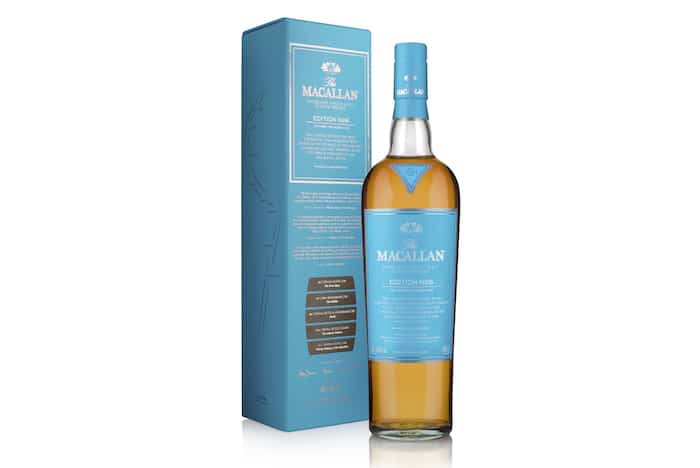 “The result is a multifaceted whisky delivering aromas of fresh fruits, nutmeg and toffee merged with oak and flavors of ripe plum, vibrant sweet oranges and cinnamon, developing into spicy fresh fruits and creamy chocolate and toasted oats at the finish.”

“From its early days of whisky making almost 200 years ago, The Macallan has been strongly inspired by and intrinsically connected to nature,” said Steven Bremner, The Macallan Whisky Maker, in a prepared statement. “Edition No.6 is inspired by the natural world surrounding our Distillery, in particular the vibrant and energetic River Spey. This complex single malt provides the perfect conclusion to the Edition Series as there is so much to discover in this whisky.

“The natural color of antique brass derived from The Macallan’s exceptional oak casks indicates the richness of flavor that awaits and there is a structure and depth that is uncovered more and more over time.”

This whisky, which is becoming available globally, prices around $150 per 750 ml bottle. You’ll find some official tasting notes below. As a side note The Macallan, “to protect the magical sense of the Spey that lies at the heart of Edition No.6, has launched a new charitable partnership with The Atlantic Salmon Trust to help conserve the at-risk fish, whose numbers have declined so rapidly in recent years.”

174
Shares
72.1k
Views
Share on FacebookShare on TwitterGet Our Newsletter
Get The Glenlivet 18 Year Old at ReserveBar. Shop now!