Scotland’s the Dumbarton Distillery was, at one time, considered one of the most important of the single grain whisky producers. Built on the bank of the River Clyde in 1938 by Hiram Walker, it stayed around as a facility until closed and partially destroyed in 2002. The rest of it, including its iconic 100-foot tall, seven-story red tower, came down in 2017. Some of its historic whisky still rests in casks here and there, and it is one of those exceptionally old batches The Last Drop Distillers has turned to for a new high end release.

The new The Last Drop 1977 Dumbarton Single Grain Scotch Whisky, according to those behind it, was distilled in 1977 and aged for over 42 years in an ex-bourbon cask until bottled in 2019. It is said this particular barrel had already seen a good amount of its liquid contents evaporate, resulting in just a 150 bottle release. Of note related to this offering is the fact it was awarded Single Grain of the Year in the 2020 edition of Jim Murray’s Whisky Bible, with a remarkable score of 97 points.

“1977 is an extraordinary year in our collective memory,” said Rebecca Jago, managing director of The Last Drop Distillers, in a prepared statement, “as it is the year that our founders James Espey and my late father, Tom Jago, first met. The two became life-long colleagues and trusted advisors to each another, moving between industry roles, largely in tandem. Our 1977 Dumbarton Single Grain seems a fitting tribute to such an unusually rare and special friendship and will be remembered as a truly rare and covetable gem.” 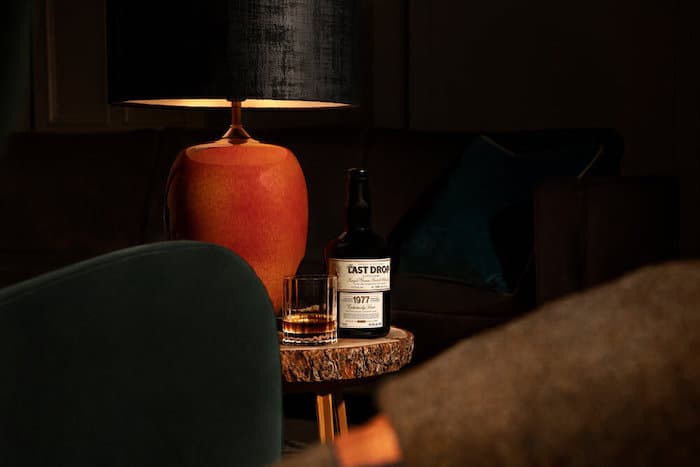 As with all of The Last Drop releases, each bottle comes packaged with a 50ml miniature replica for tasting the whisky and a pocket-sized tasting book with additional pages for personal tasting notes. It is pricing around £2,500 / $3,000.