The Glenlivet recently announced it was launching the new The Glenlivet 12 Year Old Illicit Still — the first in a series of limited-edition whiskies known as “The Original Stories” range that is said to “celebrate the brand’s passion and originality.” These releases draw inspiration from the what’s described as the distillery’s illicit past — specifically George Smith, who began illegally distilling whisky in the 1800s.

The whisky became available earlier this month for around £45, or about $60 USD. Its bottle is designed to look like the oldest bottle in their archives, sporting “copper highlights that represent the hand-crafted stills used to illicitly produce the whisky in the 1800s.” It’s non-chil-filtered and has an ABV of 48%. 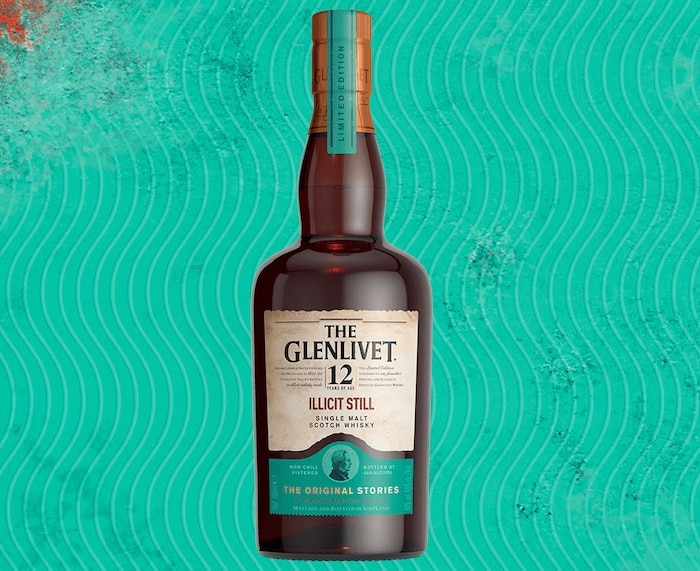 What’s characterized as “the signature Glenlivet floral and fruity style” was turned up for this limited edition.

“The Glenlivet has always been about moving things forward and setting new standards,” said Ian Peart, Pernod Ricard UK Commercial Director, in a prepared statement, “and we’re confident the launch of The Glenlivet 12-Year-Old Illicit Still limited-edition will inspire whisky enthusiasts with its modern interpretation of George Smith’s visionary spirit.”

Each year, the brand noted, a new Glenlivet 12-Year-Old Illicit Still will be released that aims to reveal the originality at the heart of the brand. Each whisky will offer a different tasting experience and come in a uniquely designed packaging.

For those that don’t know the story of George Smith, it is said he illegally distilled his whisky in handcrafted, small copper stills in a hidden bothy in the remote Glenlivet Valley. He even smuggled the whisky across the Scottish Highlands to avoid the excisemen. Said whisky reportedly “reshaped conventions at the time and is the origin of Speyside’s signature fruity and floral style.”