The Glendronach distillery, a much loved producer of sherry cask focused Scotch single malt whiskies, has continued to see a renaissance in inventory management and releases since its acquisition by Brown-Forman some years back. Master blender Rachel Barrie has been at the helm here alongside the distiller team, tasting through old casks to prepare new bottlings, such as the recently announced 1993 Master Vintage.

The Glendronach 1993 Master Vintage, according to those behind it, is a 25 year old Scotch that’s a marriage of whisky from hand-selected Pedro Ximénez and Oloroso sherry casks exclusively from 1993. It has been bottled at 48.2% ABV, and is both non-chill filtered and of natural color. 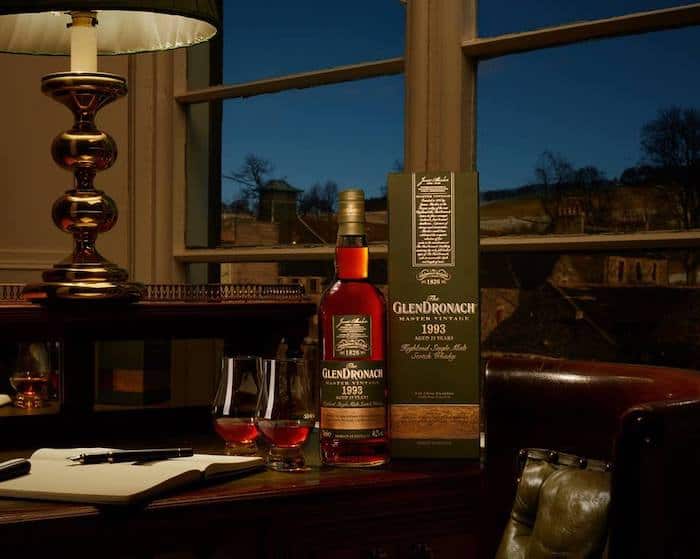 “With a quarter of a century slowly maturing in our renowned Andalucían casks,” said Barrie in a prepared statement, “The GlenDronach Master Vintage 1993 Aged 25 Years has developed profound layers of depth and complexity, leading to an exceedingly long, voluptuous and memorable finish.

“Fans of The GlenDronach’s traditional Highland Single Malt can expect rich brandy-laced fruitcake on the nose, cocoa-dusted coffee and sultana brioche on the palate and lingering pecan toffee notes in the finish. I hope sherry cask connoisseurs around the world enjoy The GlenDronach 1993 Master Vintage, as an example of the finest sherry cask maturation.”

As it stands now plans call for The Glendronach 1993 Master Vintage to be released worldwide in February except in the US, where it will hit come October. It is expected to price for at least £250, or around $330 USD.