Scotland’s The GlenAllachie distillery, located in the Speyside region, is bringing forward new cask strength whisky in time for the holiday season. A 21 year old expression, it is being launched as a small batch release during a year in which this whisky maker recently netted its 50th award cumulative from the last several years.

The new The GlenAllachie 21 Year Old Cask Strength, according to those behind it, is the first batch of what will be an annual offering to lovers of its whiskies. It heralds from five Pedro Ximénez (PX) puncheons and hogsheads from 1997 and 1998 which have been hand-picked and married together by master distiller/blender Billy Walker. 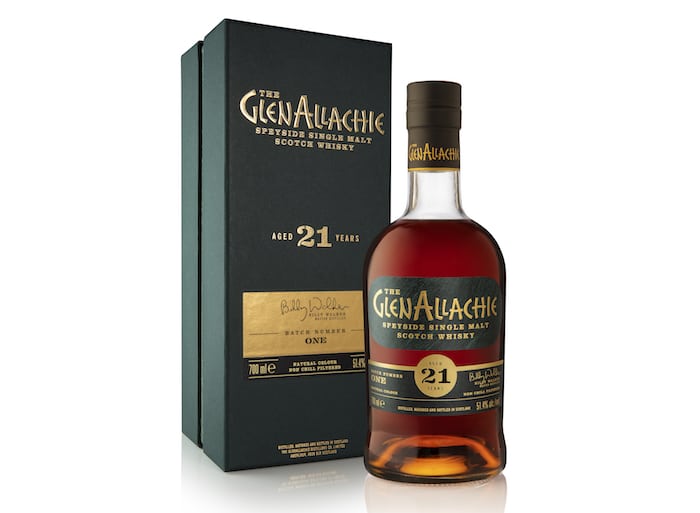 “There are some whiskies which are simply a pleasure to create; our 15-year-old which we launched in 2019 was one, and this new 21-year-old is undoubtedly another,” said Walker in a prepared statement. “Sherry casks of this vintage are scarce, so I have been carefully monitoring each since we bought the distillery in anticipation of releasing a very special and beautifully aged expression at its peak. These casks have now achieved the perfect balance of sherried depth and complexity, which we have bottled at natural cask strength to showcase the full experience that these casks deliver.

Just 1,600 bottles of this release are being offered globally, bottled at 51.4% ABV and priced at £199, or around $265 USD. It is non-chill filtered and of natural color, in this case being what’s said to be an intense mahogany color that’s drawn from contact with the PX casks.

Official tasting notes are as follows.

24
Shares
2.7k
Views
Share on FacebookShare on TwitterGet Our Newsletter
Get The Glenlivet 18 Year Old at ReserveBar. Shop now!