The new expression is the sixth single cask release in the “Wood Series,” and it comes bottled at 48% ABV without coloring or chill-filtration. The Epicurean Wood Series already boasts a Ruby Port Finish and a Rivesaltes Finish, among others.

The team at Douglas Laing say the impetus behind the wood series is to demonstrate that flavor is created throughout the whisky-making process, but most significantly during the interaction between the spirit and the wood when it’s in the oak cask. 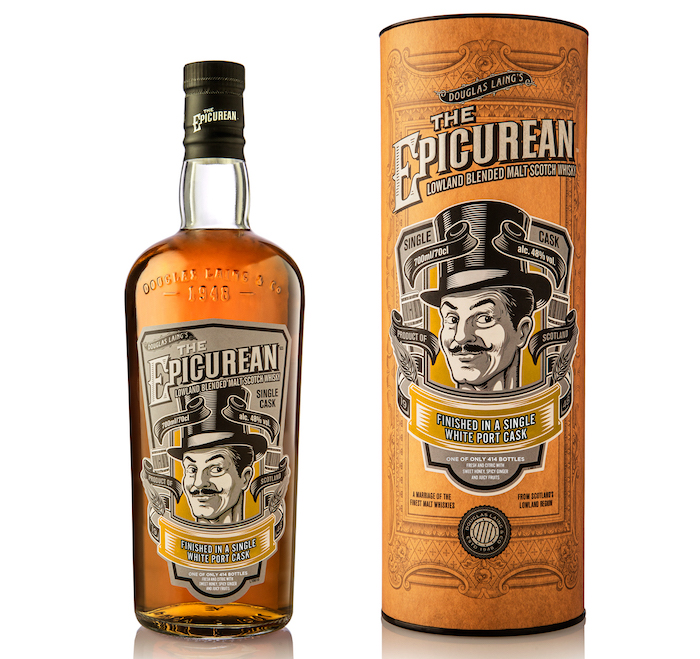 The distiller’s notes show this latest edition is “quite fruity and packed with fresh, zesty charm, balanced with a delicious sugary sweetness.”

In crafting The Epicurean Limited Edition, the Lowland Malt Scotch Whisky is first matured in American Oak before being re-racked into a hand-selected White Port Single Cask for a second maturation period of more than a year.

The White Port cask itself originates from the Douro Valley in northern Portugal, a UNESCO World Heritage Site and one of the oldest demarcated wine regions in the world.

Jenny Rogerson, head of marketing at Douglas Laing, said in a prepared statement the Epicurean brand is characterized by its adventurous personality.

“And the spirit within is the ultimate distillation of Scotland’s Lowland region, representing the fresh, vibrant flavor profile of the malt whiskies distilled there,” Rogerson said.

The Epicurean White Port Finish Limited Edition has a suggested retail price of £60.00/€72.00 from specialist retailers in the UK.