The Balvenie Tun Scotch single malt whiskies, over time, have proven to be a pretty popular ongoing offering amongst the various bottlings from this Scottish distillery. The Tun lays reference to a process whereby The Balvenie’s David Stewart MBE showcases his knowledge of the aging stocks by selecting a range of unique casks and marrying them over a period before bottling. In this vein, a new release has been announced.

The new The Balvenie Tun 1509, Batch 7, according to those behind it, takes 21 casks and brings them together “in the Tun, which is maintained by the distillery’s team of on-site coopers and sits proudly in Warehouse 24. The liquid was left to marry for three months before being bottled at the distillery. 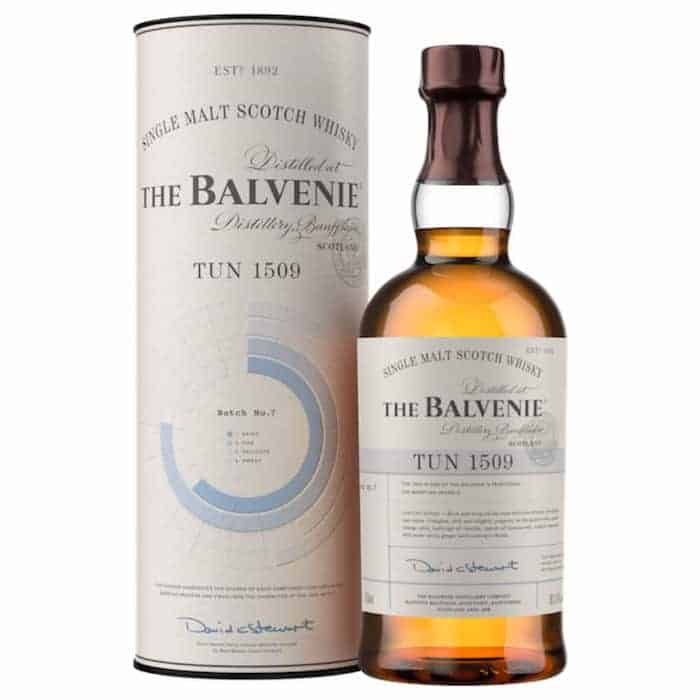 “This rare technique creates the perfect environment for the different casks to ‘knit’ together, allowing each of their composite qualities to mix and create a unique single malt Scotch whisky which is more than the sum of its constituent parts.”

“The Tun 1509 series has been hugely popular with whisky enthusiasts over the years and I’m in no doubt that this expression will receive a similar response,” said Stewart in a prepared statement. “Batch 7 showcases this remarkable liquid resulting in a deep and rich Balvenie. It is intensely spicy with sweet aromas of dried fruits, notes of candied orange peel, golden syrup and honeycomb on the palate.”

Specific to Batch 7 is that it’s made up of whiskies from “Sherry Hogshead, Ex Bourbon American Oak Barrels and DoubleWood Refill Sherry Butts, which were used once to finish DoubleWood before being filled with New Make and aged.”

Plans call for this whisky to be hitting stores now, bottled at 52.4% ABV and pricing around $410 per 750 ml bottle. You’ll find official tasting notes below. Also, it should be noted this offering, as is customary with other Tun releases, comes “with a breakdown chart showing in-depth detail on the whisky, with visual representations of the flavor profile of each of the 21 casks and the overall character of the resulting single malt.”