Scotland’s Springbank distillery, located in the Campbeltown region that, at one time, hosted over 30 such operations, has a number of popular brands under its umbrella. One of these is Longrow, first distilled in 1973 as a result of an experiment to see if a peated, Islay style single malt could be produced on the mainland. A number of bottlings exist under Longrow, including an occasional one known for making use of ex-red wine casks as part of the aging process.

The newest Longrow Red 13 Year Old, according to those behind it, initially spent a decade aging in ex-bourbon and sherry casks. It was then transferred for an extending finishing of three years in ex-Cabernet Sauvignon barrels – sourced from Mont Gras’ Intriga Estate in Alto Maipo, at the foot of the Andes in Chile. It has been bottled at at 51.6% ABV.

Plans call for approximately 9,000 bottles, pricing around £57, or close to $75 USD, to be made available worldwide. You’ll find some official tasting notes below from Springbank for your consideration as well. It should be noted in well in creating the Longrow Red variant that Springbank distillers sought to show a slight variant from the flagship peated expression, given that the ex-red wine cask influence is said to make this Scotch more “smooth, elegant and subtly juicy.” 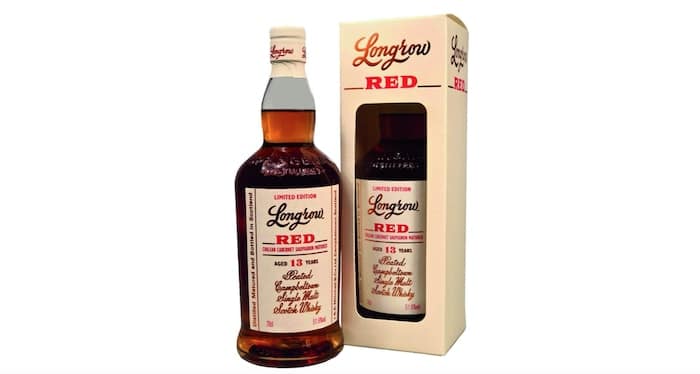