Scottish drinks brand Courageous Spirits recently expanded its drinks portfolio and announced its debut into the whisky category with the release of its first single malt whisky this month.

Small batch King’s Inch single malt whisky will be available from late November and is one of the final legacy projects by top Scotch industry legend, Dr. Jim Swan.

The King’s Inch is said to be Glaswegian through and through — it was named after the old imperial measurement of an inch and a forgotten island in the Clyde. The distillery describes the spirit as full of style and character and was produced in small batches to create a smooth, fruity and characterful spirit. 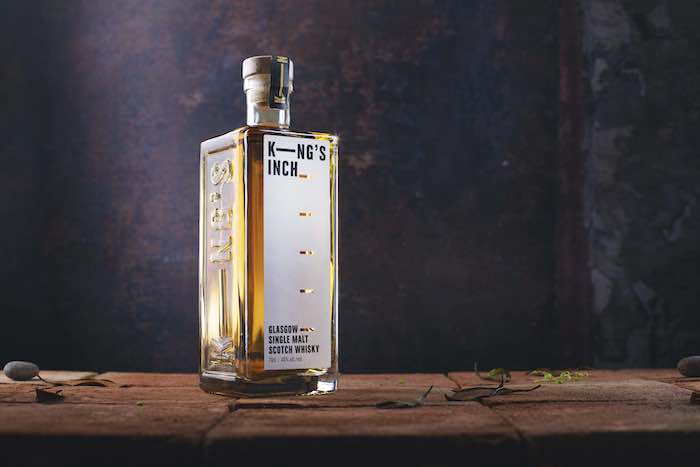 The spirit was distilled with west coast barley and Scottish water from Loch Katrine by Jack Mayo in Glasgow. It was aged in Bourbon and Oloroso Sherry casks and will be released in just 5000 bottles.

The small-batch lowland single malt was produced and bottled exclusively for Courageous Spirits, who are known for award-winning Glaswegian premium gin.

“We’re gearing up to launch later this month and release our first single malt whisky,” Mark Nicholson, Business Development Manager, said in a prepared statement. “It’s a really special moment for us and a tribute to Jim Swan’s original recipe.  This whisky marks our first entry into the category and we can’t wait for Scotland to try it. The measure of an inch was once three fat barleycorns laid end to end – a King’s Inch they called it. The measure of a good host, in our opinion, is one who knows how to pour a decent dram and it just happens that King’s Inch is perfect for most.”

The King’s Inch single malt whisky has a spirit, it is is said, that is fruity with spiced characteristics and has a long finish. It also has notes of vanilla, biscuit and hints of chocolate powder. It is non-chill-filtered at 46% ABV.