The team behind the planned Wolfcraig Distillery in Scotland have already made a lot of noise about their plans to, as their website puts it, “disrupt the traditional distillery model.” But the team behind this new venture, including former Whyte & Mackay chairman Michael Lunn and three Masters of the Quaich, has recently revealed some exciting news that bodes well for their immediate future.

One of the biggest announcements was the appointing of Richard Paterson as Wolfcraig’s Master Blender. Nicknamed “The Nose” for his skills at sniffing out the progress of his creations, Paterson has been in the whisky business for over five decades, much of it working with Whyte & Mackay. According to the press release announcing his new appointment, he will continue to work with Whyte & Mackay even as he helps Wolfcraig get off the ground. 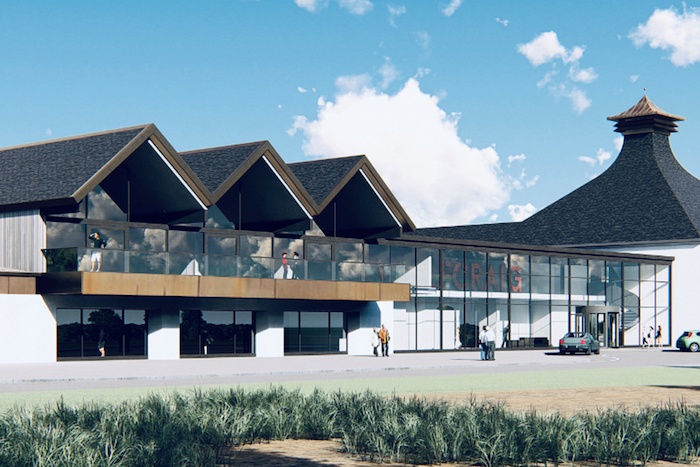 A rendering of the planned Wolfcraig Distillery (image via Wolfcraig)

“This will be an opportunity for me to use all the knowledge I have learned over 55 years in the business to create a truly exceptional Highland Single Malt, one that can be enjoyed the world over,” Paterson said in a prepared statement.

The reveal of this new hire came soon after news broke of the plans Wolfcraig had submitted for the construction of their distillery and tourist attraction in the city of Stirling. The building, which will cost an estimated £15 million, will include the distillery, a family-friendly interactive visitor’s center, private tasting room, and a restaurant and bar.

“Our distillery will encourage visitors and tourists to spend more time in and around Stirling, helping to boost both the local and national economies,” said Michael Lunn, in a prepared statement. “In addition to producing a premium Highland Single Malt, we want to offer a state-of-the-art immersive experience for people of all ages and knowledge levels. Our research indicates the distillery could attract around 90,000 visitors in its first year given its proximity to Glasgow and Edinburgh.”

As part of their plans for this new distillery, which is expected to produce about 1.5 million liters of spirits each year, Wolfcraig has set an objective to be carbon-free and will be working to ensure that all byproducts of their creations will be sustainably recycled.

Construction for the new space is set to begin in spring of 2021 in hopes of opening its doors to the public in summer of 2022.