The Tamdhu distillery in Scotland’s Speyside region was originally established on the banks of the River Spey in 1897. It is known mainly for a brief period of being shuttered and also its extensive use of Oloroso sherry casks for whisky aging. As the brand and its parent company Ian Macleod Distillers continue to grow Scotch inventory they are now releasing a 12 year old that will replace an existing 10 year old as the entry level expression.

The new Tamdhu 12 Year Old, according to those behind it, has been matured for a full dozen years in first fill and refill American and European Oloroso sherry casks from the cooperages of Jerez in Spain. It is bottled at 43% ABV and reportedly its quality is influenced not only by the sherry cask aging, but also “the hint of peat in its malted barley and the natural Speyside water that is drawn directly from the Tamdhu spring.” 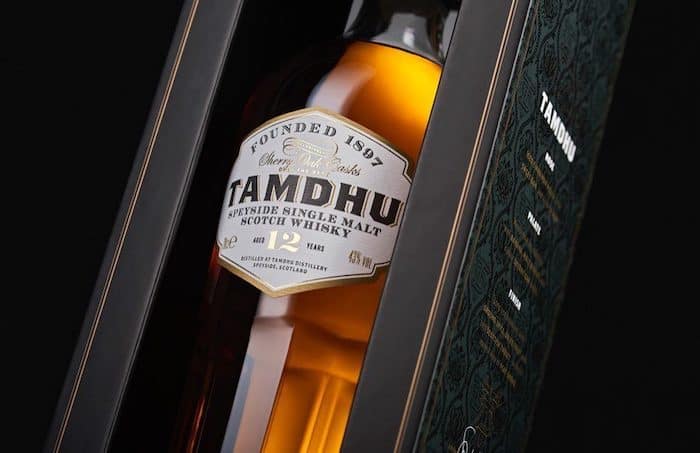 “All our whisky at Tamdhu is exclusively matured in the finest Oloroso sherry oak casks,” said Sandy McIntyre, Tamdhu Distillery Manager, in a prepared statement. “The American and European oak soaks up nearly 35 litres of Oloroso sherry during the seasoning process in Jerez, which gives our new Tamdhu 12 Year Old its distinctive flavour and striking natural colour.

“When you taste a dram of Tamdhu 12 Year Old, you can really taste the time, care and expert craftsmanship which has gone in to creating this incredible whisky. We hope Tamdhu drinkers around the world will savour it as much as we do.”

Plans call for this 12 year old whisky, presented in a bespoke bottle, to be made available globally. You’ll find official tasting notes for it below for your consideration from the distillery.