Loch Lomond, one of the oldest distilleries in Scotland, recently added new 21-year-old and 30-year old whiskies to its core range. The two expressions “perfectly [capture] the distillery’s signature fruity character,” according to those behind them.

The Loch Lomond 21 Year Old and 30 Year Old were both distilled in the distillery’s unique straight-necked pot stills and are both mixes of several different styles of whiskies, selected by master blender Michael Henry. 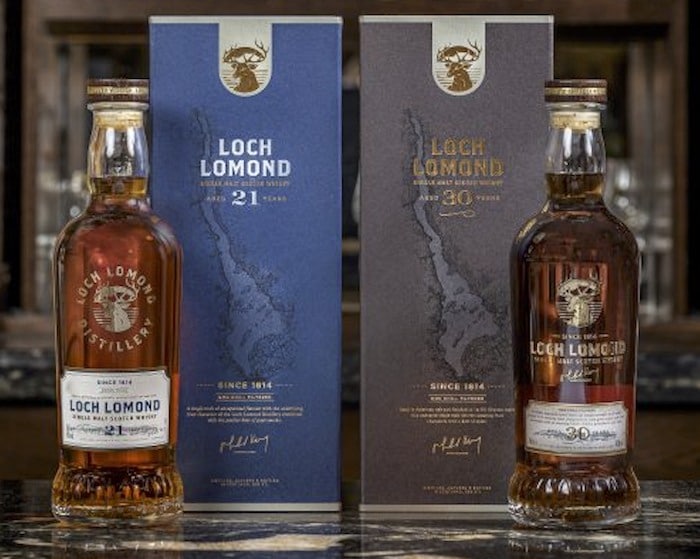 The 21-year-old expression, it is said, “showcases three styles of spirit, two of which are peated, and all matured separately in American Oak Casks before being expertly married together for up to three months before bottling.” It is un-chill-filtered and bottled at 46% ABV.

The 30-year-old whisky, meanwhile, was also matured in American oak, with half the batch then finished in first-fill oloroso sherry casks to accentuate the expression’s “underlying fruity character.” This older expression is bottled at 47% ABV.

“Working on these two aged products has been a pleasure,” said Henry in a prepared statement. “Each expression perfectly showcases our signature style and the range of flavours that Loch Lomond Whiskies is known for – fruits, spice and a hint of peat. Working with both American Oak and Oloroso casks has created wonderfully distinctive, warming flavours that we hope whisky lovers will enjoy.”

Loch Lomond was founded in 1814, with roots in the Littlemill distillery—believed to be the oldest licensed distillery in the world, established in 1772. Their signature straight-necked stills are said to produce a lighter, fruitier spirit and give distillers better control over the final product.

Both of these whiskies will be available worldwide, with the 21-year-old priced at £140 (about $185 USD), and the older expression at £500 (about $660 USD). The distillery also plans to add a 14-year-old expression to its lineup later this year.

You’ll find some official tasting notes below for both.