The Isle of Barra Distillers recently unveiled an ambitious £5 million plan to build a new whisky and gin distillery and visitor center, creating 30 jobs for the island, which is located in the Outer Hebrides, an island chain off the coast of northwest Scotland.

It’s estimated that the project will generate whisky sales of at least £29.8m in the first decade and an additional £2.2m in the visitor center’s cafe-bar, according to the distillers. The owners said they hope to submit their planning application for the site in July, with an opening date of mid-2023.

The Isle of Barra Distillers Ltd. was founded in 2016 by Kate and Michael Morrison. The new distillery will house a one-tonne single malt installation and re-home the existing 300-liter gin still. 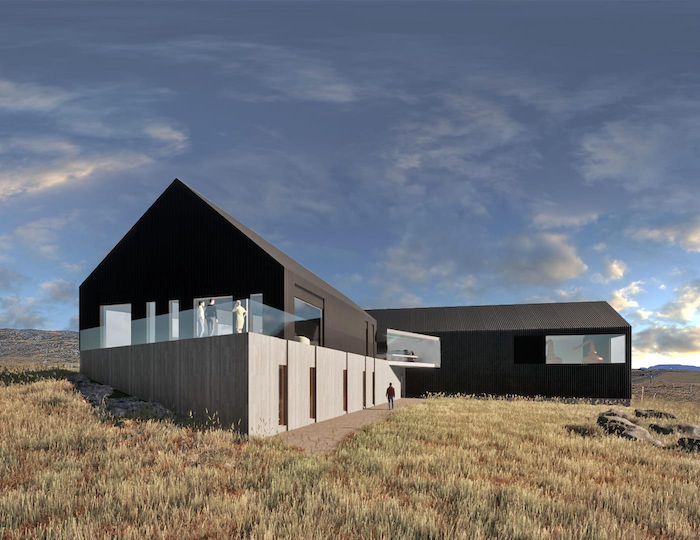 “For as long as we can remember, and certainly since we launched Isle of Barra Distillers, we’ve consistently been asked if we produce whisky because of the name Barra and the instant connection people make with Whisky Galore,” Michael Morrison said in a prepared statement. He said the distillery’s customer base has grown significantly over the past few years.

The production facilities will have the capacity to produce more than 300,000 bottles of single malt, and the distillery will also include a visitor center with a retail area, cafe/bar area and information center.

Organizers estimate the whisky will produce a minimum of 100,000 LPA per year and an estimate of 800 casks filled. That could double as more employees are brought in.

The distillery is also committed to sustainability and earth-friendly practices. The plant is powered by renewable energy and built with sustainable materials. They said they plan to create a green travel plan to limit the number of visitors to the site.

The new site will be a place where consumers and creators can mingle and learn about whisky, distillers said.