Elixir Distillers, the company behind such brands as Port Askaig and Single Malts of Scotland, are set to take their next big step forward as a company: the opening of their own distillery in Islay, Scotland.

Co-founders Sukhinder and Rajbir Singh learned recently that the Argyll & Bute council planning committee has granted them permission to build their distillery in Islay. The brothers had previously submitted plans for the space in late 2018 but recently got the okay for a revised design that will blend the traditional look of other distilleries in the region with modern touches. 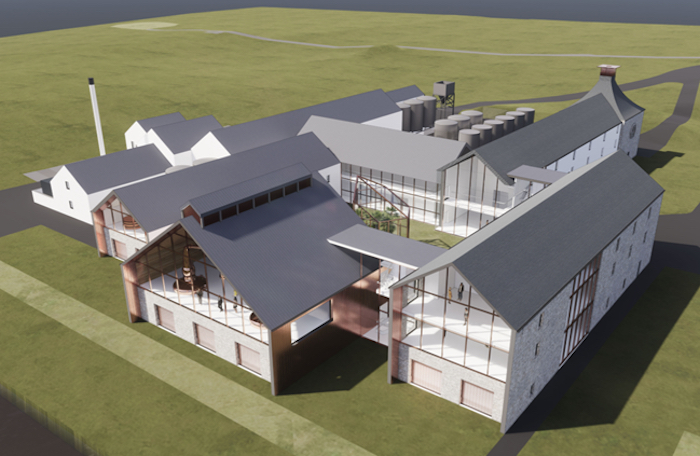 “The news that our planning application has been accepted is fantastic,” Elixir co-founder Sukhinder Singh said, in a prepared statement. “We’ve worked closely with the Argyll & Bute planning committee to create plans for a distillery that fits into the landscape and supports the community. We want to create whiskies that inspire both the people of Islay and Islay whisky fans world-wide, enhancing the already glowing reputation of Islay whiskies, while also becoming an integral part of the community.”

This new distillery will be big enough for 16 washbacks, four sets of pot stills, and some smaller stills. The building will also feature a malting floor that will be able to supply nearly all of the malt needed for their expected one million liter capacity.

Elixir wants to help support the people of Islay, as well. Once the new distillery is up and running, they will institute an apprenticeship program to train new distillers. And they will help fuel the local tourist economy with a visitor’s center and a multi-purpose educational facility.

“We take great pride in being able to learn, as whisky enthusiasts and use that knowledge as a guide to find and bottle great whisky including our Independent bottlings brands Port Askaig and Elements of Islay,” said Elixir’s head blender Oliver Chilton. “Having our own distillery will be a fantastic opportunity to apply the same methodology and passion for flavour in a drive to make truly great spirits to enhance the incredible reputation that Islay single malt already has.”

More plans have yet to be finalized for the new distillery–as well as choosing a name for the space. Elixir hopes to break ground later this year.