Scotch Whisky Tariffs Suspended For The Time Being By U.S.

The ongoing trade dispute between the United States and the United Kingdom over large civilian aircraft has, for a number of months now, had Scotch whisky in the crosshairs as part of series of retaliatory tariffs between the two nations. Now, in a sign of potentially thawing the ice, the countries have agreed to suspend for the next four months said tariffs as they try to sort things out.

The UK initially took a step at the beginning of the year, ceasing to apply retaliatory tariffs in the dispute in order to “de-escalate the issue and create space for a negotiated settlement to the Airbus and Boeing disputes.” A joint statement released today from the international trade offices of the respective governments indicated the United States was now making a in-kind gesture back to one of its most important trading partners. 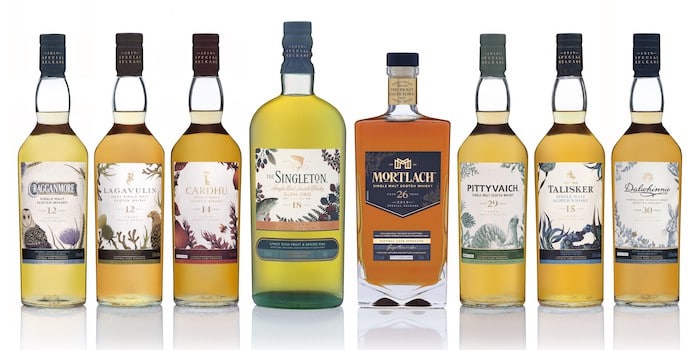 “The United States will now suspend retaliatory tariffs in the Airbus dispute from March 4, 2021, for four months,” noted the Office of the United States Trade Representative. “This will allow time to focus on negotiating a balanced settlement to the disputes, and begin seriously addressing the challenges posed by new entrants to the civil aviation market from non-market economies, such as China.

“This will benefit a wide range of industries on both sides of the Atlantic, and allow for focused settlement negotiations to ensure that our aerospace industries can finally see a resolution and focus on COVID recovery and other shared goals.”

The gesture was met with grateful reaction on both sides of the Atlantic.

“I am delighted to say that our American allies – under their new President and his hard-working staff at the US Trade Representative – have embraced our move to seek a fair settlement,” said UK International Trade Secretary Liz Truss. “This is Global Britain in action: securing new opportunities as a newly nimble nation. The benefits will be felt across our nation, especially in Scotland, where Scotch whisky distillers will be able to sell at lower prices in the United States, their most valuable market.

“The easier it is for Americans to buy a bottle of Macallan, Talisker or Glenfiddich, the more money those producers will have to invest in their businesses, their staff and futures.”

“This is great news for the Scottish whisky industry – a cornerstone of Scotland’s economy,” added Scottish Secretary Alister Jack.”

Of particular consideration for the UK government and the Scotch whisky industry was the hard economic impact this was having on that sector in particular. Scotch was the UK’s largest food and drink export in 2020, and exports of single malt Irish and Scotch whiskies to the US were worth around £340m in 2018.

“So today, everyone in our industry – from small companies to large – is breathing a sigh of relief.  Suspending these tariffs – stemming from a transatlantic trade dispute that had nothing to do with us – and a return to tariff-free trade with the US means livelihoods and communities across Scotland will be protected.  It means that companies can now really focus on recovery – on building back the American market as well as on building back global exports hit by the coronavirus pandemic.”

Despite all the high fives however, the Distilled Spirits Council of the United States noted that, while its members were happy with the cooling off period, they are still “greatly disappointed that the UK’s debilitating tariff on American Whiskey remains in place.  American Whiskey exports to the UK, our fourth largest market, have declined by 53 percent, from $150 to $71 million since the imposition of tariffs (2018-2020).

“We urge the U.S. and UK to build on this positive momentum by negotiating an agreement to simultaneously eliminate retaliatory tariffs on all distilled spirits, which will benefit hospitality businesses on both sides of the Atlantic that are struggling to recover and rebuild from the global pandemic.”