The resurrection of old silent, or lost, Scotch whisky distilleries is something of an expensive undertaking for those who jump into it, there is no doubt. You’re betting big money on the fact there will be enough demand still years down the road after you’ve brought the old facility back online, perhaps modernized it and then begun whisky distillation and aging for a minimum of three years. It is something spirits giant Diageo is tackling, with a tens of millions of dollars play towards its Brora and Port Ellen distilleries. Fresh on the heels of this now is word that much smaller Ian Macleod Distillers aims to bring back Rosebank.

Rosebank, according to those behind this ambitious undertaking, was once considered the “King of the Lowlands” whisky region of Scotland. Based in Falkirk, on the banks of the Forth & Clyde Canal, it first opened under the Rosebank name in 1840, though distilling had been going on in that area decades earlier. It went through various owners in the ensuing years, finally being mothballed by what would eventually become Diageo in 1993. It was then passed off again into new ownership, and most recently is now in the hands of the Ian Macleod team. 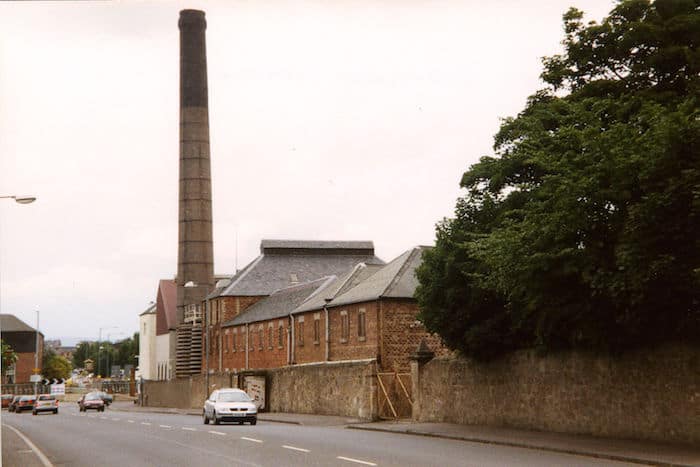 Plans call for what’s said by ScotchWhisky.com to be an up to £12 million, or a little over $15.8 million USD, push to bring Rosebank up to current distillery standards. The aim is to produce once again the noted floral, aromatic Rosebank expression using “the famous triple distillation and worm tub condensers” to ensure “the revival of its classic style and taste.”

“The distillery has a very special place in Scotland’s whisky heritage and we are committed to ensuring this is the case,” said Ian Macleod Distillers Managing Director Leonard Russell in a prepared statement. “We will produce Rosebank Lowland single malt in exactly the same way as it is known.”

As what’s left of the mothballed facility sits in an area considered heritage worthy, efforts will be undertaken to develop a visitor center to tell both the whisky’s tale as well as that of what’s right around it. Besides acquiring the distillery from its most recent owners, Scottish Canals, the Rosebank trademark has separately also been secured from Diageo.

While lovers of Rosebank wait for it to be revitalized, Ian Macleod, known already for its Glengoyne and Tamdhu single malt Scotches, has also taken steps to acquire some existing casks of whisky which were crafted prior to the distillery being shut. Plans call for reviewing the existing inventory “with a view to releasing some truly scarce and extraordinary whiskies.”