Scotch Whisky Industry Could Be Seriously Hurt By Brexit

United Kingdom voters are set to let their opinions be known next month in a referendum, known as Brexit, which will determine whether their island nation remains as a member of the European Union or not. One industry seriously concerned about this vote is Scotch whisky, which has already come out in favor of remaining part of the larger European community.

Information put forth by the national British government and the whisky industry suggests over $1 billion pounds worth of Scotch exports could be at risk from an industry supporting 40,000 jobs if the UK leaves the EU. Chief among their potential fears for this would be that, if outside the EU,

top British producers could face bureaucratic barriers when trading with Europe … The EU single market provides common standards on labelling, certification and licencing creating a level playing field which makes overseas trade far easier for highly regulated industries such as alcohol. British whisky exporters also benefit from deals brokered by the European Union to trade freely with countries such as South Africa, where exports have increased by over 150% since 2004.

“We should all raise a toast to our biggest export success,” said UK Environment Secretary Elizabeth Truss in a statement. “Europe has a taste for Scotch and the industry will do better if we remain in the EU because whisky producers have hassle free, easy access to the Single Market of 500 million people.” 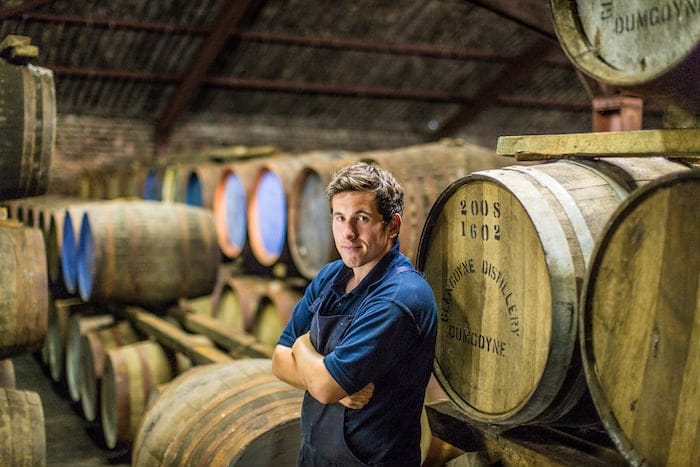 Leaving the EU would be a leap in the dark for our great British food and drink industry and could lead to years of negotiations on new trade deals – with no guarantees at the end. Our thriving Scotch industry and the wealth it brings to us all through jobs and investment will be stronger, safer and better off within a reformed EU.”

“Scotch supports around 40,000 jobs across the UK, adds around £5 billion in value to the economy and is vital to the UK balance of trade,” added David Frost, Scotch Whisky Association Chief Executive. “EU membership has many advantages for Scotch. The single market, including its regulation of food and drink, and its single trade policy are central to the success of Scotch. It lets us trade across the EU simply and easily and helps give us fairer access to other overseas markets.”

Current opinion polling of those likely voting on Brexit runs tight, almost at a 50/50 split.